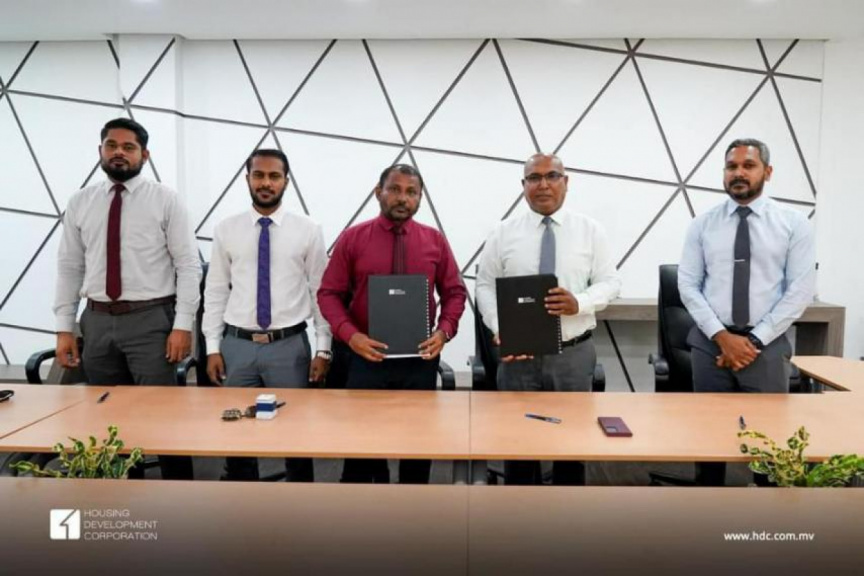 A capture from the agreement signing ceremony between Housing Development Corporation (HDC) and Education Ministry regarding issuance of land for Hulhumale' Phase II for development of two schools. (Photo/HDC)

Housing Development Corporation (HDC) has executed an agreement with Education Ministry regarding the issuance of land in Hulhumale’ Phase II for the develop two schools.

The agreement pertaining to the land plots was signed by State Minister Ahmed Riyaz on behalf of the Education Ministry. HDC's Managing Director Suhail Ahmed signed on behalf of the company.

He further stated that the development of state-funded two schools in Phase II will soon be contracted for interested parties.

State Minister Riyaz underscored that a school can be inaugurated at Phase II approximately by this August.

The land plot issued for the development of one of the schools in Phase II measures in 60,720 square feet which will accommodate 1,200 students.

Meanwhile, the land plot issues for the development of the second school measures in 65,534 square feet which will accommodate 1,500 students.