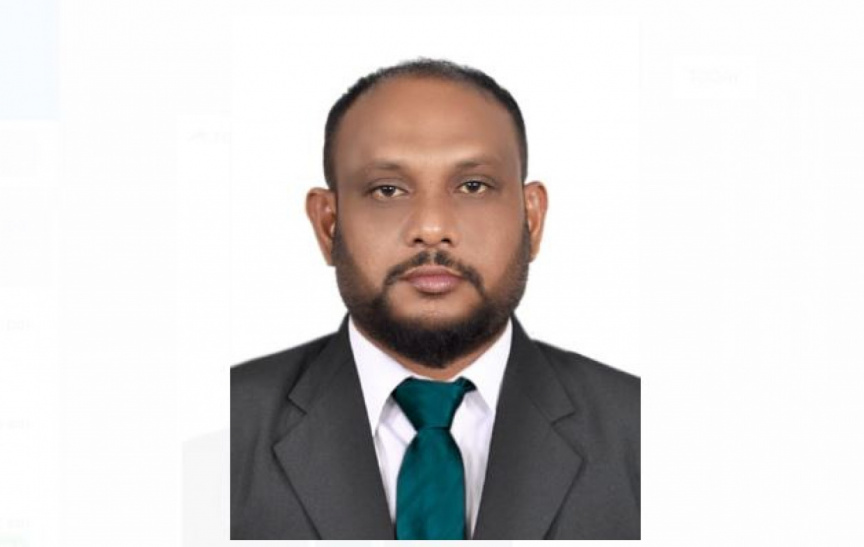 At the Supreme Court hearing on Monday in the fraud case against SeaLife Global’s managing director Ahmed Moosa Mohamed (Ammaty), his lawyers accused the Prosecutor General of persistently criticizing courts.

Ammaty is on trial for defrauding over 200 tenants out of millions in booking fees for a proposed apartment complex in suburban Hulhumale’.

Ammaty was release three times since his arrest last year.

The most recent order to grant him conditional release was issued by the Criminal Court on March 20.

The Prosecutor General's Office (PGO) had appealed the decision with the High Court, but the petition was rejected, citing it was filed after the window for appeal had already expired.

The PGO appealed the decision with the Supreme Court.

At a hearing on Monday, the PGO told the Supreme Court that they filed the appeal with the High Court before the 48-hour window expired.

The PGO has asked the Supreme Court to order High Court to hear the appeal.

At the hearing, the defense highlighted on Article 141 of the Constitution, which prohibits officials performing public functions, or any other persons, from interfering with and influencing the functions of the courts.

Speaking on behalf of the defense, former Prosecutor General Mariyam Nihayath directed the benches attention towards previous rulings that established attempts to influence courts as a crime.

The defense alleged that the prosecution had criticized and attempted to influence judges in the case.

“We note that in response to every decision regarding detention, the PG criticized judges, directed words at judges of the courts, and acted in a manner that no order or decision could be made against the PG’s wishes,” said Nihayath.

Nihayath said a prosecutor told the High Court that Ammaty had a close personal relationship with Criminal Court judge Dheebanaz Fahmy, and that it was the reason for Ammaty’s release.

“This was said during the court process. This is very concerning,” she said.

Noting that the High Court bench had moved to interrupt such statements, and reprimand prosecutors.

Nihayath said that Prosecutor General Hussain Shameem himself had criticized the decisions of judges in the case.

Shameem had said that judges of Indian high courts too knew that a person who fled once could flee again, believe that such a person could not be released, given it would be a waste of the time of all parties.

“It’s as if he’s insinuating that the judges of Maldivian courts cannot understand even that such,” said Nihayath.

Nihayath said that though Shameem claimed Ammaty couldn’t be released based on surety, even the High Court had supported the Criminal Court’s decision to release him.

She said that it was common practice for PG to criticize judges.

“They are not engaging in an academic discussion regarding the policy for the legally-mandated period. The PG is writing a huge discussion on his personal blog in connection to the case against Ahmed Moosa Mohamed stating he will appeal the case with the Supreme Court,” said Nihayath.

The High Court had decided that though the law instructs the exclusion of the date on which the event happens and ends, the policy does not extend to calculating the hours.

The court said it therefore decided to reject the appeal because it had been 48 hours since the Criminal Court issued its order.