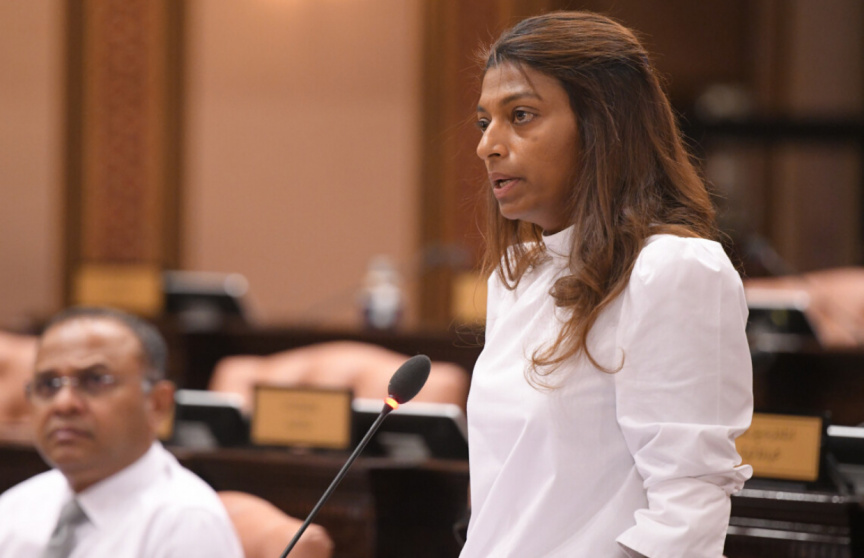 The resolution submitted to Parliament regarding the issues faced by female members in local councils and members in Women’s Development Committees (WDCs) in carrying out their duties has been to Committee on Decentralization for further research.

The resolution was submitted to the Parliament by Deputy Speaker, North Galolhu MP Eva Abdulla.

In the voting taken today at the Parliament on accepting or rejecting the resolution – it was passed to forward the resolution to the Committee with the unanimous votes of 47 members who took part in the vote.

Eva’s resolution underscores that Act on the Decentralization of the Administrative Divisions of the Maldives has laid down women’s role in local councils to ensure the protection of women’s rights and women’s participation in the development of islands and cities.

In the resolution – she also requested the relevant parliament committee to carry out an assessment for the purpose of identifying the difficulties faced by female councilors and WDCs in carrying out their duties.

At the floor debate held on the resolution – many parliamentarians stressed the importance of delving into the difficulties faced by female councilors and WDCs and amending the law accordingly to address them.