Health Minister: I do not support corruption, will reform Aasandha 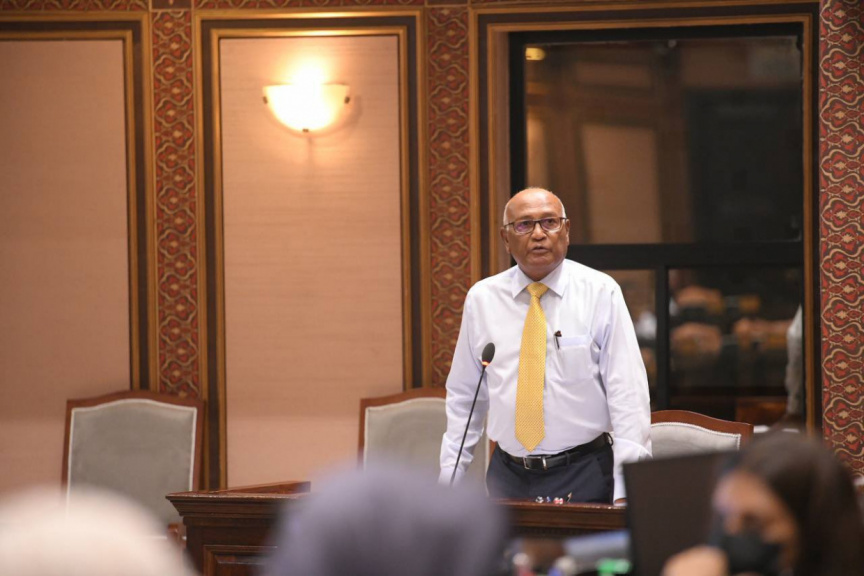 Health Minister Ahmed Naseem told the Parliament on Wednesday morning that he did not support corruption, and would reform Aasandha – the state health insurance provider.

Naseem was summoned to the Parliament in response to a question by Kaashidhoo MP Abdulla Jabir regarding alleged corruption within Aasandha.

Jabir said that Aasandha was treating hospitals like guesthouses, and was engaged in major corruption. He asked Naseem about the Health Ministry’s efforts to stop it.

Responding to questions by parliamentarians regarding Aasandha, Naseem said that some of what they were accusing of had been taking place, and that the Health Ministry was engaged in discussions with Aasandha to resolve the issues.

“MVR 1.2 billion is currently spent on Aasandha. There are multiple issues in this. Perhaps the things you allege is happening on Aasandha-side. But we must identify the extent to which it is happening,” he said.

Naseem said that there were multiple issues that needed reform in Aasandha.

“We will do it, honorable parliamentarian. I assure you, I do not support corruption,” he said.

Naseem said that he would present a report to the Parliament once the discussions with Aasandha end.

A big chunk of the state budget goes to Aasandha, and the amount of spending continues to increase each year.

A big percentage of the MVR 730 million allocated for Aasandha this year has already been spent within the first three months of this year.

Statistics released by Finance Ministry show MVR 365 million has been spent from the Aasandha budget so far this year.