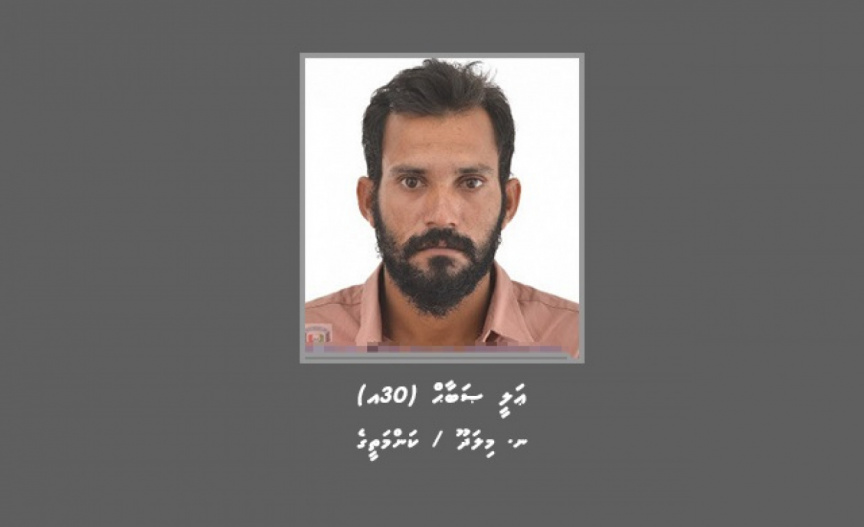 Ali Sabah - the Police is seeking to find him for questioning. (Photo/ Police)

Maldives Police Services on Sunday announced seeking public assistance to find a fraudster who scammed money from an individual under the guise of selling US Dollars.

According to Police, the case is being investigated by Addu City’s Gan Police station, and they are looking for Ali Sabah – 31, from N. Milandhoo, as he is a suspect.

Police further stated that they were unable to send the summoning documents to Sabah as they are unaware of his current location. The authority further said that his family was also unable to give an exact location for Sabah.

Hence, the Police in their announcement issued a public summon for Sabah to come in for questioning regarding an ongoing investigation by the authority.