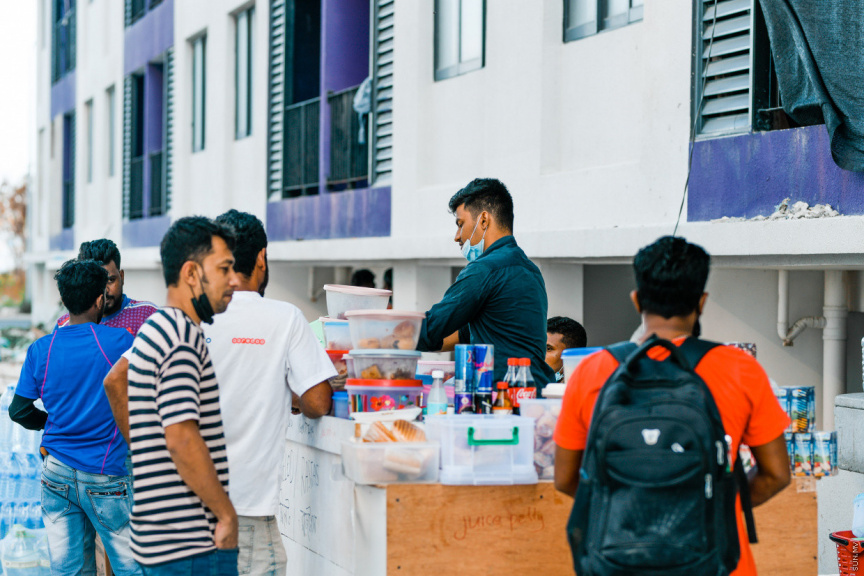 With reference to the fact that many construction works are carried out near Hiyaa Flat area, HDC, in an announcement publicized today, noted having received complaints about failure to meet the sanitary requirements in the provision of food services at such stalls which has increased fears of possible disease outbreaks.

The corporation also stressed that such food stalls were being operated without the necessary permits required from authorities – therefore in violation of the established rules and regulations.

Henceforth, HDC has ordered individuals operating food stalls in the area to remove their stalls starting from tomorrow, and completely halt the operations of food stalls by next Sunday.

They added that action will be taken against those operating food stalls in the area after Sunday, and their stalls will be impounded.

Many have established stalls near Hiyaa Flat area for the purpose of selling food products. They include both locals and foreigners.