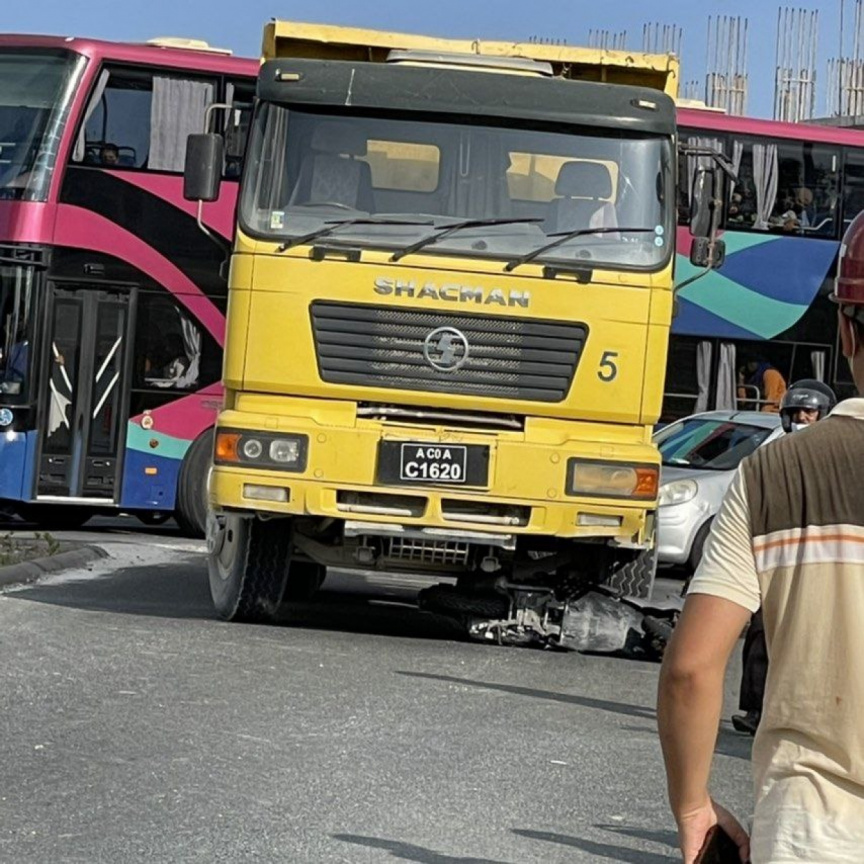 A motorcycle and truck collide in an accident in Hulhumale' Phase II on March 31, 2022. (Photo/Hiyaa Group)

A woman sustained serious injuries in a road accident in Hulhumale’ Phase II on Thursday, after the motorcycle she was driving collided with a heavy load truck.

Police said the accident was reported to authorities at approximately 04:30 pm.

A woman is being treated at the Hulhumale’ Hospital for injuries she sustained in the accident, said the police.

While the police did not disclose details regarding the woman’s injuries, an eye witness told Sun that the truck had run over the motorcycle.

The eye witness said the woman severely injured her leg, and had been heavily bleeding.

Police are looking into the accident.