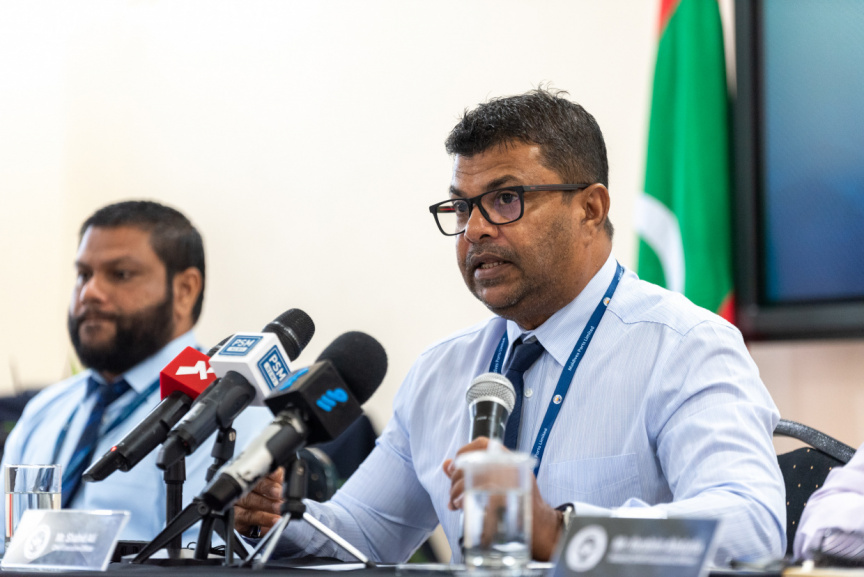 MPL held a press conference revealing details of its operation for the upcoming month of Ramadan, on Tuesday, March 29. (Sun photo/Mohamed Hayyaan)

CEO of Maldives Ports Limited (MPL) Shahid Ali on Tuesday stated that efforts were underway to strengthen operations for Ramadan, and assured uninterrupted services without any difficulties within the month.

Speaking to the press, Shahid noted that maintaining the prices of goods during the month of Ramadan was the biggest goal of the government.

He stressed the significance of clearing goods, particularly perishables as soon as possible in order to reach that goal.

Shahid assured that they will work on speeding up operations during Ramadan. As part of this, a task force is to be put together, that will work on clearing perishables under special guidelines.

However, under special arrangements for Ramadan, perishables can be cleared during non-working hours as well as on Friday.

In order to enhance operations for Ramadan, a team from MPL recently paid a visit to Soothukulhi as well. MPL’s Deputy CEO who took part in this visit said that discussions took place on ways to hasten loading and off-loading goods.

He further said that they also discussed the possibility of bringing perishables to Kulhudhufushi port to provide the goods to Maldives as fast as possible.

MPL said that currently, two boats were clearing goods, with two other boats on the docks, and two more boats were to come within the week.

MPL flats to finish in 2023, ease of payments provided