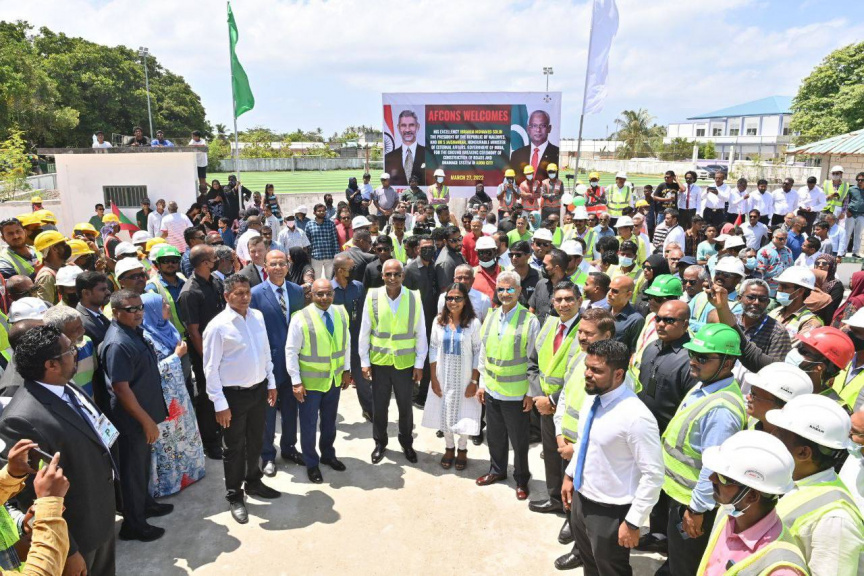 President Ibrahim Mohamed has officially launched work on a road development project in Addu City – the biggest such project to be conducted in the southern Maldivian city.

The work was launched in a ceremony held in Addu on Sunday.

The project was contracted to India’s Afcons Infrastructure Limited in February 2021.

The new roads have been designed to resolve the issue of flooding, with storm water drainage systems being installed in Hithadhoo, Maradhoo, Maradhoo-Feydhoo, Hulhudhoo, and Meedhoo.

The project will see the installation of 103 kilometers of storm water drainage systems.

The project also involves building a four-lane detour link road stretching 1.43 kilometers which will link the Hithadhoo Gaukede with Maradhoo.

The President and First Lady are currently in Addu City as part of a four-day trip to Maldives' southern cities.