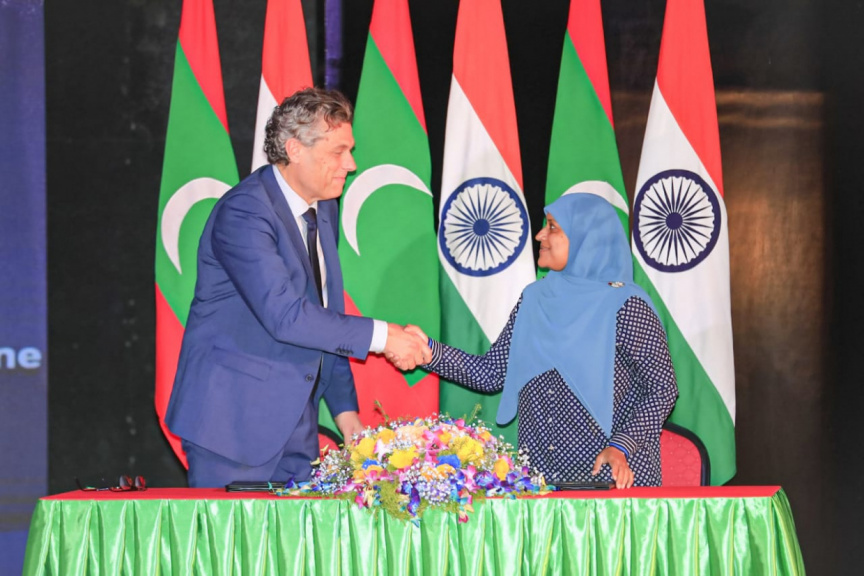 A Dutch company has been contracted for Addu City’s land reclamation project which is carried out with financial assistance from India.

The agreement pertaining to the project was signed during the ceremony held at Addu City this morning for the inauguration of ‘National College of Policing and Law Enforcement’.

It is Dutch company Van Oord, that was contracted to reclaim 194-hectares of land in Addu City.

The project which is funded from a USD 800 million line of credit approved by the Indian government via India’s EXIM Bank – was contracted to be completed within 18 months. Apart from land reclamation works, coastal protection works will also be carried out as part of this project.

Many environmental activists have expressed concern over the reclamation project which they claim would significantly impact the environment.