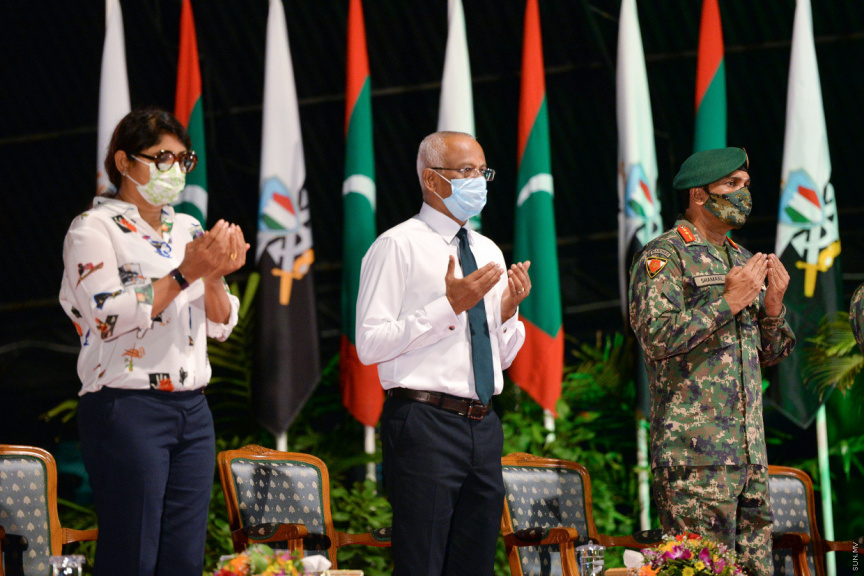 Ministry of Defense stated on Saturday that there is no armed foreign military from any country.

The ministry publicised a press statement after former President Abdulla Yameen Abdul Gayoom alleged on Friday that there are armed Indian military personnel in different parts of Maldives.

Speaking at an ‘India Out’ gathering held in Adh. Mahibadhoo, Yameen further said that the government has granted permission for the Indian military personnel in Uthuru Thilafalhu to bring weapons.

The Defense Ministry’s statement said that there is no armed military of any foreign country in any part of Maldives.

Additionally, it stated that there is no armed foreign military presence in MNDF’s coast guard harbour and dockyard under that is under development.

The ministry also urged not to spread false information that takes away the peace and harmony of the country and attacks the integrity of the Maldivian National Defence Force.

Moreover, it assured the Maldivian people that the defence forces remain strong in its pledge of defending the country and maintaining its independence.

New regulation to be formed to help trafficking victims