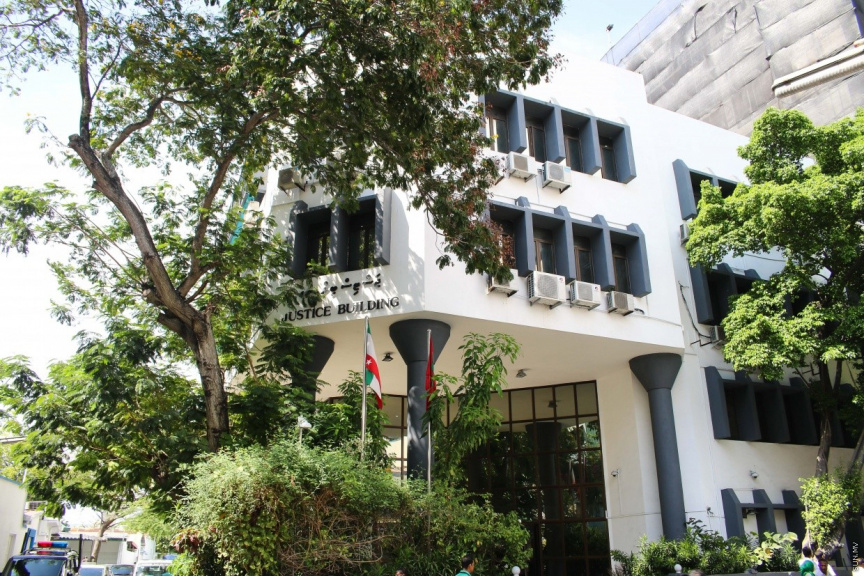 The Justice Building located in the capital Male'. The building is home to the Civil Court of Maldives. (Sun File Photo/Ihthishaam Mohamed)

The Judicial Service Commission (JSC) has announced the appointment of two judges to the Civil Court.

According to the authority, Uz Zuleykha Sheeza from S.Feydhoo and Uz Ahmed Nimal Junaid from Ga. Maamendhoo were the newly made appointments.

Uz Sheeza completed her Bachelor of Law (Hons) from Malaysia’s HELP University and went on to earn Masters of Law in Constitutional Politics, Law and Theory from Birkbeck College, University of London.

Meanwhile. Uz Nimal attained his Bachelor of Shariah and Law (Hons) from Villa College, Maldives. He has worked as a managing partner at Faruhaan Zameel & Nimal, for over a year.

Additionally, JSC stated that both judges will be taking their oath on March 15.

JSC first made the announcement seeking judges for Civil Court in December 2021. By the time the deadline was up on January 16, they received 23 applicants for the positions.

Currently, there are 14 judges working at Civil Court.