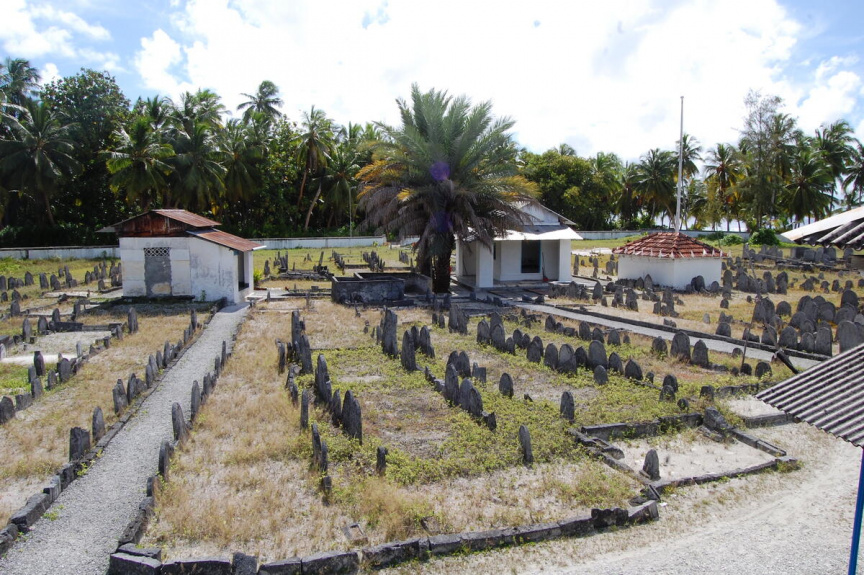 The World Monuments Watch is a selection of 25 heritage sites of worldwide significance, whose preservation is urgent and vital to the communities surrounding them. The Koagannu mosques and cemetery made the selection after competing with 225 heritage sites nominated this year.

“The physical structures, especially the unique coral grave stone markers are vital physical evidence to the rich history of the Maldives,” he said.

Heritage Minister Yumna Maumoon described the inclusion of the site on the World Monuments Watch as a wake-up call for the world on the urgency of addressing climate change.

“The inclusion of Koaganna mosques and cemetery on the 2022 World Monuments Watch is a wake-up call for the world on the urgency of addressing climate change and protecting heritage on low-lying island nations such as the Maldives,” said Yumna.

She thanked Mauroof Jameel for nominating the site.

Heritage Ministry’s Communications Director Ismail Naail Nasheed told Sun on Wednesday evening that the Koagannu mosques and cemetery made the list based on the threat climate change posed to the site.

Naail said that the Koagannu mosques and cemetery getting listed on the 2022 World Monuments Watch will serve two purposes; getting the assistance needed to preserve and protect the site, and worldwide promotion of the site and research.

“The other purpose is, we are currently working on getting the coral stone mosques in Maldives, including the Fandiyaaru Mosque in Koagannu, inscribed on UNESCO’s World Heritage List,” he said.

Located near the waterfront in Meedhoo, Koagannu is the oldest and largest burial ground in Maldives.

The important Islamic site has its earliest beginnings in the 12th century with the construction of the first mosque in Maldives soon after the advent of Islam to the region.

The surrounding cemetery dates from the subsequent centuries and comprises some 1,500 tombstones, mausoleum and additional mosques, all constructed of coral cut from the shallow reefs around the island.

Today, Koagannu cemetery preserves this rich traditional coral building tradition, while continuing to be used for burials and serving as an anchor of communal life.

NCA: Will screen at Olympus in February first week

National Museum closed due to COVID-19, to reopen