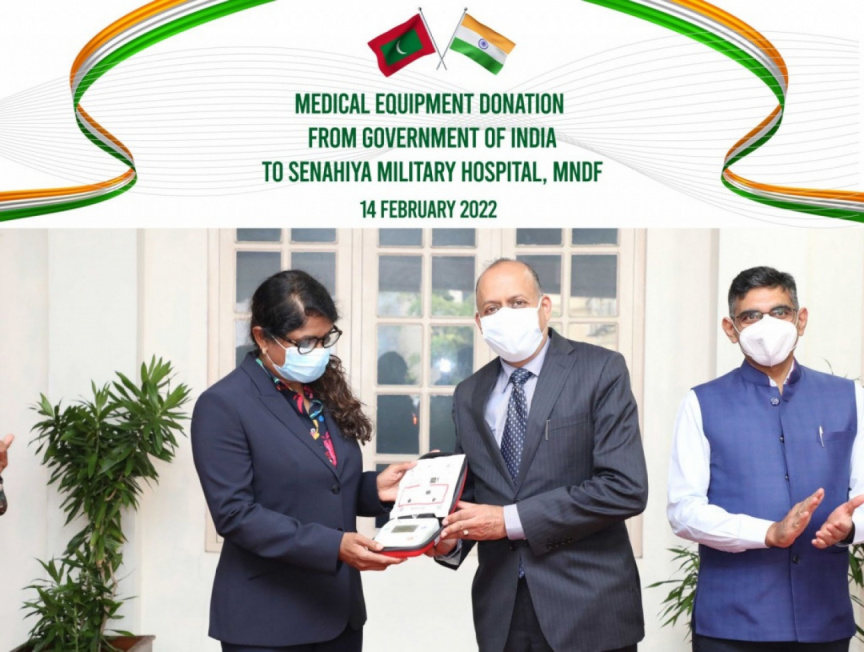 India has donated medical equipment to the Senahiya Military Hospital in Male’ City.

The donation was presented by Indian Defense Secretary Dr. Ajay Kumar to Maldivian Defense Minister Mariya Ahmed Didi in a ceremony at Bandaara Koshi on Monday.

According to Indian High Commission, the donations were 2,800 kilograms of emergency medical equipment.

Defense Minister Mariya has thanked India for the donation.

She said that she was touched by the positivity of Indian Defense Secretary Kumar and his team during defense talks between the two countries.

“Grateful to GOI for their assistance to further strengthen our defense force to achieve our common goal of maintaining peace and stability in the Indian Ocean region,” she said.

Police search for two men who robbed house in Maafannu