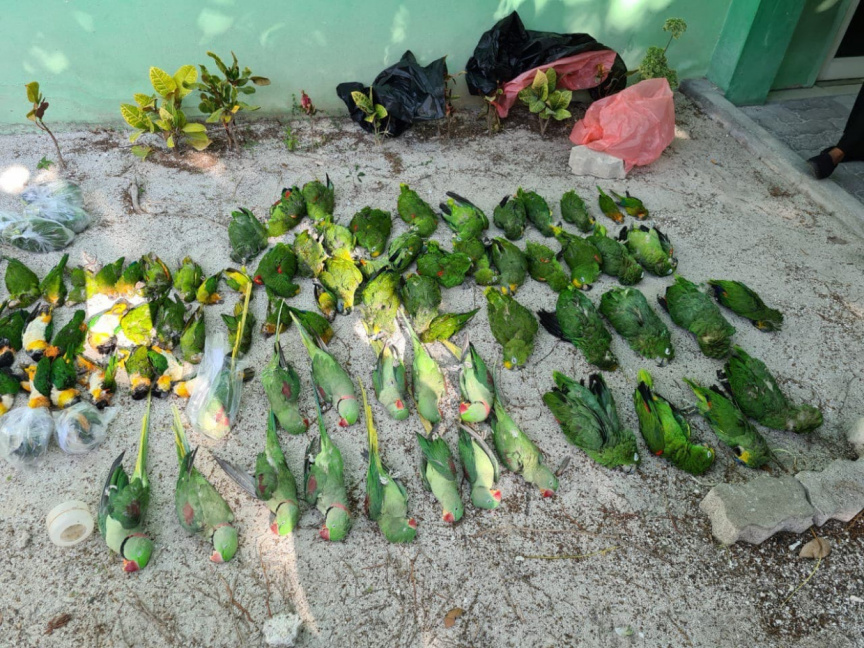 Fisheries Ministry issued a statement on Thursday, urging importers of live animals to comply with the law.

The statement comes amid outrage over the decision to put down 120 illegally imported birds.

Fisheries Ministry said the most important measure that can be taken to avoid such incidents was to ensure that importers of live animals act in accordance with the law.

Fisheries Ministry said they acknowledged public concern over the decision.

Fisheries Ministry said that while they were saddened by the incident, they were obligated under local laws and international conventions to inspect and quarantine live animals and plants imported into Maldives.

Fisheries Ministry said they were compiling a detailed report of the case at the instructions of President Ibrahim Mohamed Solih.

Fisheries Ministry provided assurance they will protect living organisms, ensure protection of public health of the people, and amend laws and regulations in order to improve and expand quarantine services for plants and birds.

The decision to put down the shipments of birds had prompted a protest in Male’ City on Wednesday.

Hussain Athif, the managing director of Pet Master – which imported the birds – told Sun the birds were put down at the Plant and Animal Unit at the Velana International Airport.

He said that the birds weren’t permitted for import when the shipments arrived, but that the law was later amended to allow such birds to be imported.