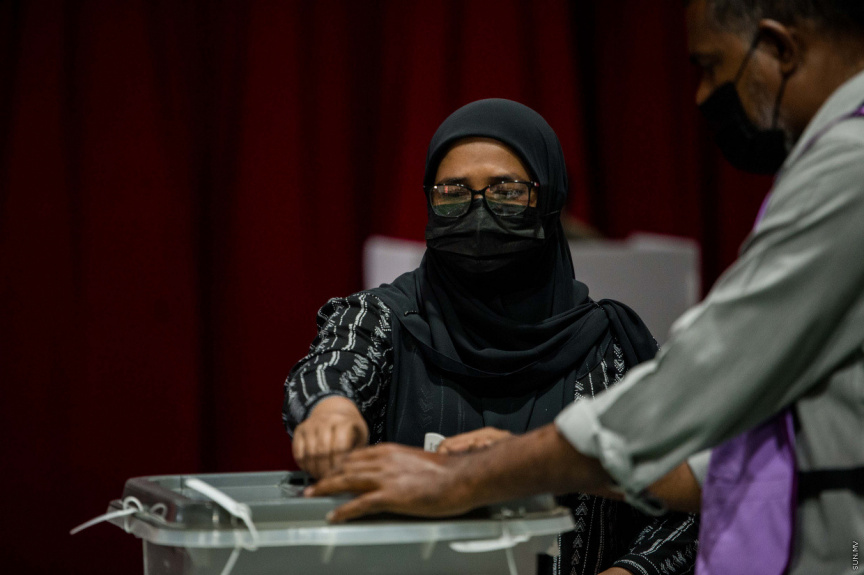 The temporary results of the by-election held for the Women’s Commiittee of Ga. Gemanafushi and Th. Vilufushi has been announced.

As per the results of Elections Commission, seats for Vilufushi Women’s Committee was taken by Maldivian Democratic Party (MDP) candidate Fathimath Neena. She received a total of 28 votes.

The Elections Commission rejected a total of four votes cast in this election.

Meanwhile, for the Gemanafushi seat, independent candidate Mariyam Jamsheedha won with 97 votes. Her opposition contestants were independent candidates Fathimath Shifaza with 69 votes, followed by Mariyam Fazna with 53 votes and finally Aminath Riyaza from Progressive Party of Maldives (PPM) with 30 votes.

The seat was left vacant after the previous member resigned for her position.

Fuwad: Maldivians would not accept results of e-voting