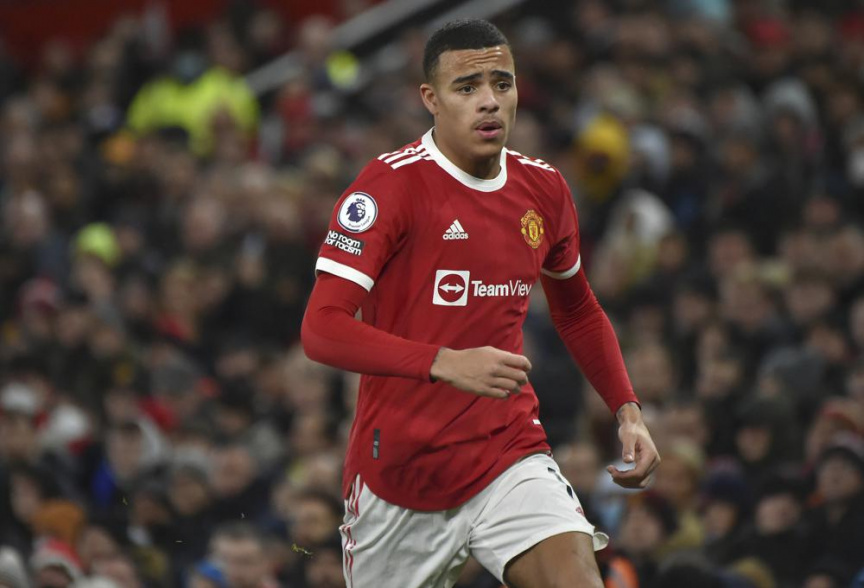 MANCHESTER, England (AP) — Manchester United player Mason Greenwood was arrested on suspicion of rape and assault on Sunday after a woman posted visual and audio allegations on social media of an incident.

United said the 20-year-old forward “will not return to training or play matches until further notice.”

The police did not name Greenwood but the statement about the investigation was provided after inquiries about the footballer.

“Greater Manchester Police were made aware earlier today of online social media images and videos posted by a woman reporting incidents of physical violence,” the force said in a statement. “An investigation was launched and following enquiries we can confirm a man in his 20s has since been arrested on suspicion of rape and assault.

“He remains in custody for questioning. Enquiries are ongoing.”

The allegations were posted early Sunday morning on the Instagram account of a woman who uploaded images of bruising to her body and bleeding from her lip. A voice note purporting to be of an attack was also posted. The posts were all deleted from the social media site but were widely shared.

“Manchester United does not condone violence of any kind,” the club said.

Nike, one of Greenwood’s sponsors, expressed its unease.

“We are deeply concerned by the disturbing allegations and will continue to closely monitor the situation,” the sportswear firm said in a statement.

Greenwood, who progressed through the United academy into the first team, has scored six goals this season. He extended his contract last year through 2025.

Greenwood made his England debut in September 2020 but was sent home from Iceland for a disciplinary breach after the game. He hasn’t played since for Gareth Southgate’s side.

Police get more time to question Greenwood over rape