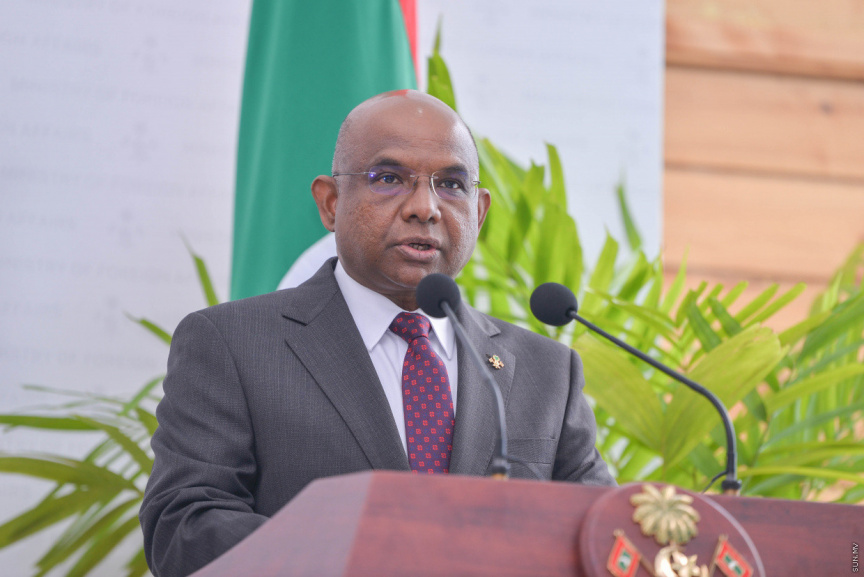 During the telephone conversation, Shahid confirmed Maldives’ support for Saudi Arabia’s proposal to host World Expo 2030 in the Saudi capital.

Shahid and Al Saud discussed ways to further enhance the cooperation between Maldives and Saudi Arabia.

They also discussed the ongoing developmental projects in Maldives that are being carried out with assistance from Saudi government, through the Saudi Fund for Development.

They expressed renewed commitment to strengthening the long-standing fraternal relationship between Maldives and Saudi Arabia, and reaffirmed their confidence in working together on issues of mutual interest, both bilaterally and in the international platform.

Saudi Arabia is competing against four countries to host the World Expo 2030; Russia, Ukraine, South Korea, and Italy. The last edition of the Word Expo was held in Dubai last year, and the next edition – World Expo 2025 – will be held in Japan.

The host for the World Exo 2030 will be decided with a vote taken among Bureau International des Expositions’ member countries next year.