Qasim: Tried to link Komandoo-Mathi Komandoo at own expense, but govt. did not permit 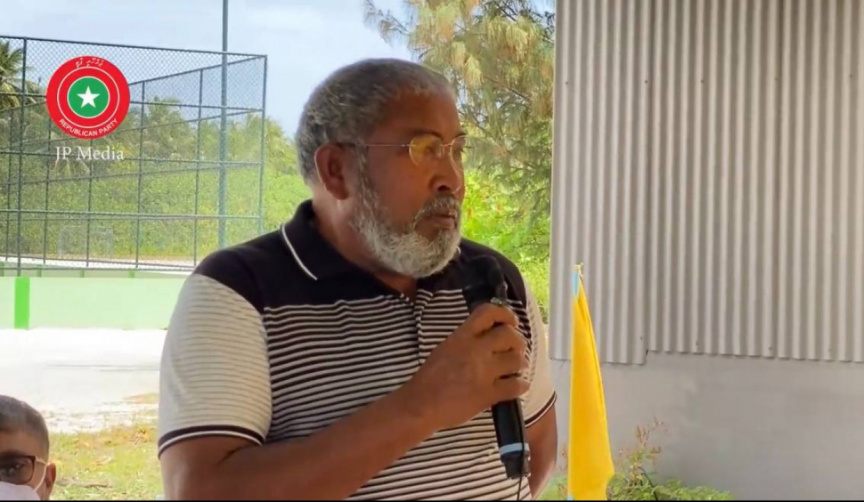 Jumhoory Party’s Leader Qasim Ibrahim has stated that he tried to link Sh. Komandoo and the uninhabited island next to it, Mathi Komandoo, at his own expense – however, could not succeed as the government did not permit the project.

At an MDP campaign event held at Sh. Maroshi today, Qasim said that he proposed to link Komandoo and Mathi Komandoo by reclamation to the residents of the Komandoo in 2008. He added that the government back then, however, had not given permission to carry out the project.

Fourteen years later, the project to link Komandoo and Mathi Komandoo has become a reality – bringing an end to the long wait by Komandoo residents. In this regard, the government had contracted Maldives Transport and Contracting Company (MTCC) for the project – which has now commenced physical works on it.

The project will see the two islands linked by a bridge measuring 200m and the reclamation of 16.7 hectares of land in Mathi Komandoo.

Speaking further at the campaign event, Qasim urged the public to vote for the MDP candidate even if their own sibling is contesting – if they wish for development in the island.

“I am saying, should your sibling, or even your father even contest, if you wish for the constituency’s development, do not vote for any other party,” he had said.

Noting that the President has powers vested in him, Qasim said that if the government wishes, the islands in atolls can be made to Male’ within the upcoming two years. He stressed that developmental projects for the islands can be carried out by amending the actions of the public – adding that actions of the public should be maintained in a manner that is acceptable to the government.

Qasim said that a constituency does not develop according to the plan of the parliament member representing the constituency – but gets developed when the President does so.

'Yameen’s trial scheduled to jail him before Ramadan'