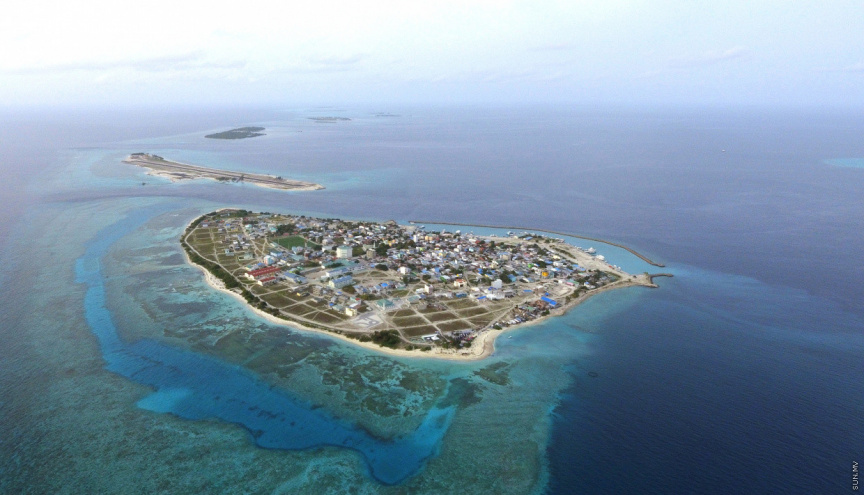 Lh. Naifaru Council has passed a resolution calling for Veyvah, an uninhabited island that neighbors Naifaru, to be transferred to the island’s legal jurisdiction.

The council, in its resolution, stated that Naifaru was a populous island facing a shortage of land, posing a problem for the island’s residents to conduct economic activities.

The island also does not have a beach where residents can go to, reads the resolution.

The resolution urges Naifaru MP Ahmed Shiyam to push the government to transfer Vevyah, which lies to the south of Naifaru, to under Naifaru’s jurisdiction.

The council said that Veyvah was currently deeply neglected, leading to it losing its greenness.

The island will be better maintained if it were moved under the council’s jurisdiction, said the council in their resolution.

Naifaru Council’s president Mohamed Rasheed told Sun they plan on running economic activities such as the guesthouse business on the island.

“It’s a business many are conducting on the state-leased land on this island. We expect to expand this business once we get Veyvah,” he said.

Mohamed said that though Veyvah is small in land area, the island has a large lagoon.

The island can be developed if we get some investors, he said.

“We believe we can get the island’s lagoon in the future to do the things we plan. And there’s no obstacle changing and reclaiming the place to do what we want,” he said.

Mohamed said that Naifaru faced a housing shortage, which too will be resolved once the council gets Veyvah.

Many islands are appealing to the central government to transfer neighboring uninhabited islands to their jurisdiction.

Villa: Harbor will be fixed once airport handed over