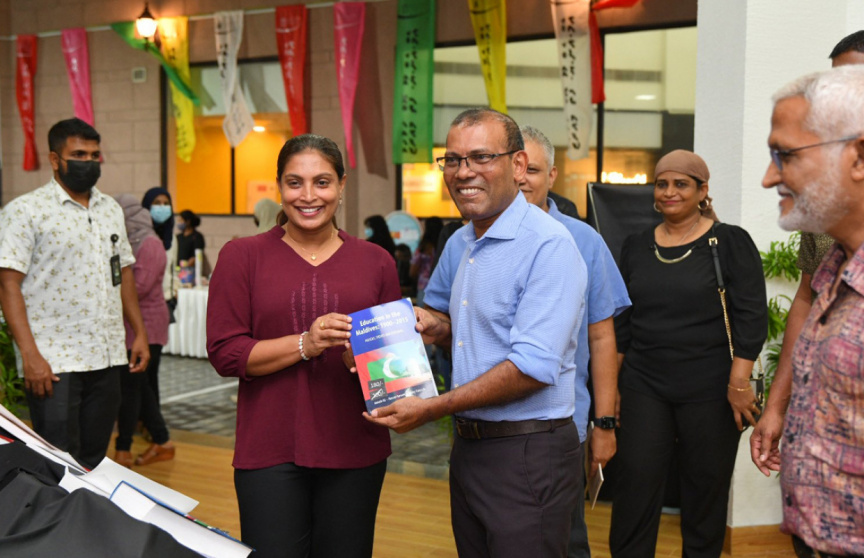 Noting that schools are a special place at which students’ interests should be protected and students are safe – Maldivian Democratic Party (MDP) has stated that when teachers meet students to teach, their identities must be guaranteed.

A statement was released stressing this as some individuals are encouraging teaching at schools whilst wearing niqab.

In their statement, MDP said that most people in the society, at present, wants the faces of teachers to be seen, with their identities guaranteed, whilst they teach students.

“This practice has been there in the Maldives for a long time – and schools have enforced these standards very well,” the statement read.

MDP said that describing persons who voice out against teachers wearing niqab whilst they teach at schools, as an apostate, is extremely concerning.

“We note with concern that such individuals have been attacked and murdered previously. Therefore, we urge all relevant government authorities to be more cautious in investigating such crimes,” the statement read.

The issue of teachers wearing niqab whilst they teach at school have once again become a hot topic subsequent to the Education Ministry reminding the regulations pertaining to it.

It is the current administration that began employing teachers who wear niqab to teach at schools. However, initially even, they were instructed to uncover their faces during teaching hours.