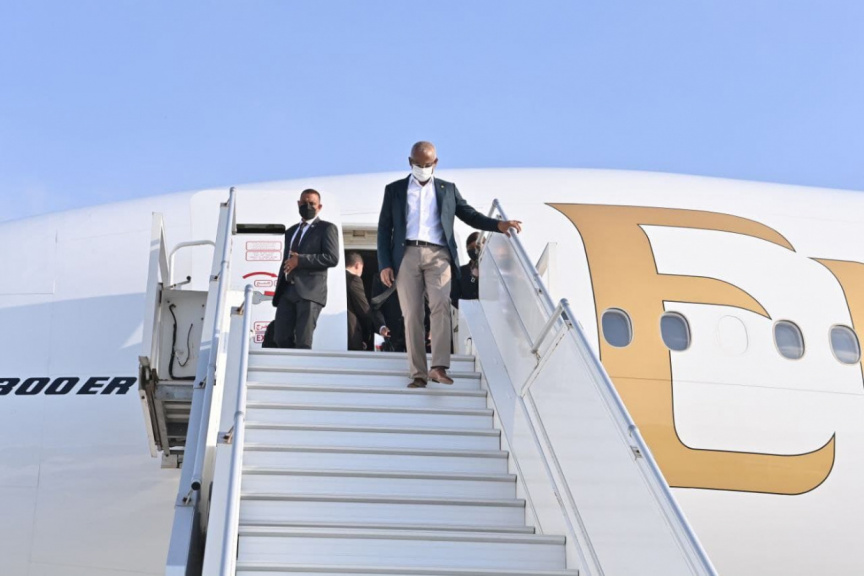 The three-day trip was undertaken by the President in response to an invitation extended by the Crown Prince of the Emirate of Abu Dhabi, and Deputy Supreme Commander of the United Arab Emirates Armed Forces. High Highness Sheikh Mohamed bin Zayed Al Nahyan.

He also visited Dubai Expo 2020, and toured the pavilions, making stops at the Maldives Pavilion, the Singapore Pavilion, the Italy Pavilion, and the Vision Pavilion.

President Solih was accompanied by a high-level government delegation during the trip – to include Defense Minister Mariya Ahmed Didi.