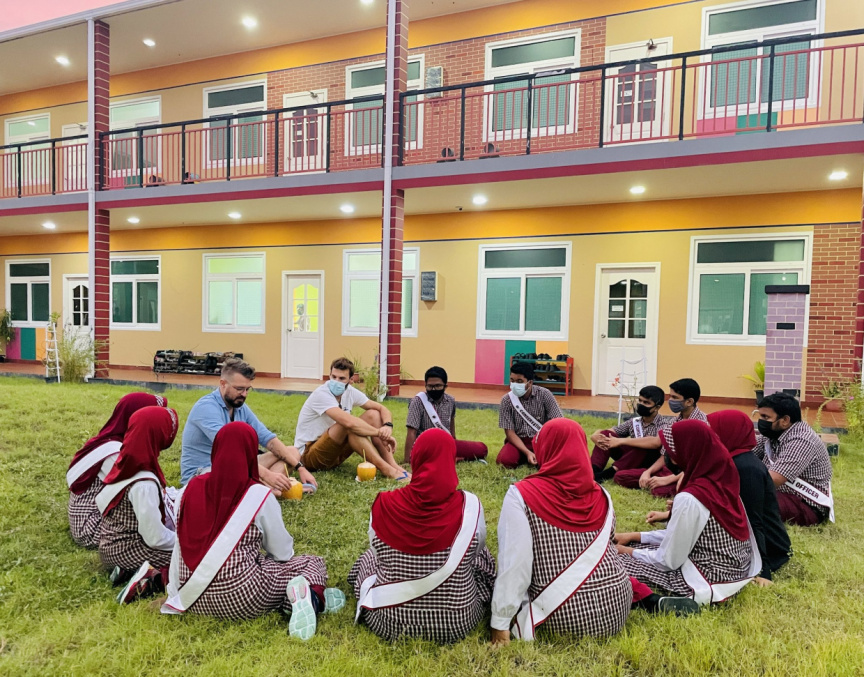 Hira School, a private school in Addu City, has won the prestigious Zayed Sustainability Prize 2022 in the Global High Schools category for the South Asian region.

The prizes were awarded at the Abu Dhabi Sustainability Week (ADSW) which kicked off with a ceremony at the Dubai Exhibition Center on Monday. The ceremony attended by Maldivian President Ibrahim Mohamed Solih.

Hira School depends on well water for general purpose usage and requests that students bring their own drinking water from home. The project which won the Zayed Sustainability Prize aims to help solve the problem with a sustainable rainwater harvesting solution for the treatment, storage, and reuse of water.

Sustainability outcomes are estimated at two liters of consumable water being available per person per day for the school, totaling 30,720 liters per month, and 368,640 liters saved per year.

The Zayed Sustainability Prize, launched in 2008, is the UAE’s pioneering global award in sustainability and a tribute to the legacy of the founding father of the UAE, the late Sheikh Zayed bin Sultan Al Nahyan.