Tourist that went missing whilst diving still not found 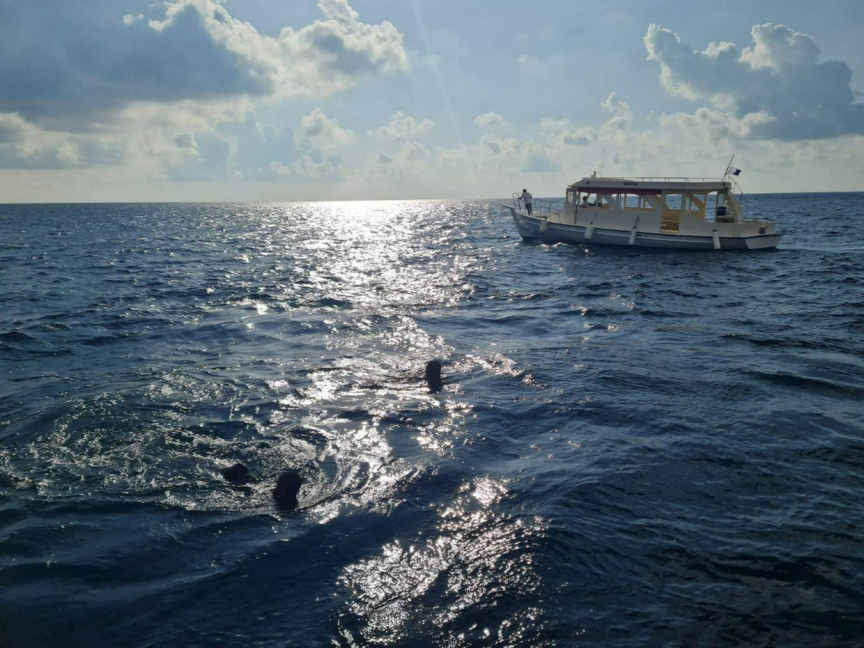 MNDF's divers search for the 69-year-old British tourist that went missing whilst diving off the coast of ADh. Mandhoo. (Photo/MNDF)

Maldives National Defense Force (MNDF) has stated that the tourist that went missing whilst diving off the coast of ADh. Mandhoo, on Saturday, has still not been found.

The missing tourist has been identified as a 69-year-old British woman.

She was part of a group of tourists who went to a reef near Mandhoo on the boat ‘Goma’. She went into the water at approximately 02:30 pm, and only she was reported missing.

MNDF, today, said that Coastguard’s ship ‘Shaheed Ali’ and first inspector craft ‘Velaanaa’, are currently active in the area, alongside divers, as part of the search for the missing tourist.

“In addition to conducting aerial searches from above the sea, we are working on locating the missing person by diving as well,” MNDF’s Spokesperson had said.

An aerial search of the area where the tourist went missing, was conducted via seaplanes on Saturday.

MNDF said they will continue the search operation via sea and air over the next few days.

Although uncommon, tourists have been victims of incidents occurring at sea in Maldives, with some of them resulting in fatalities.

Graffitiing ‘India Out’ at school wall being probed