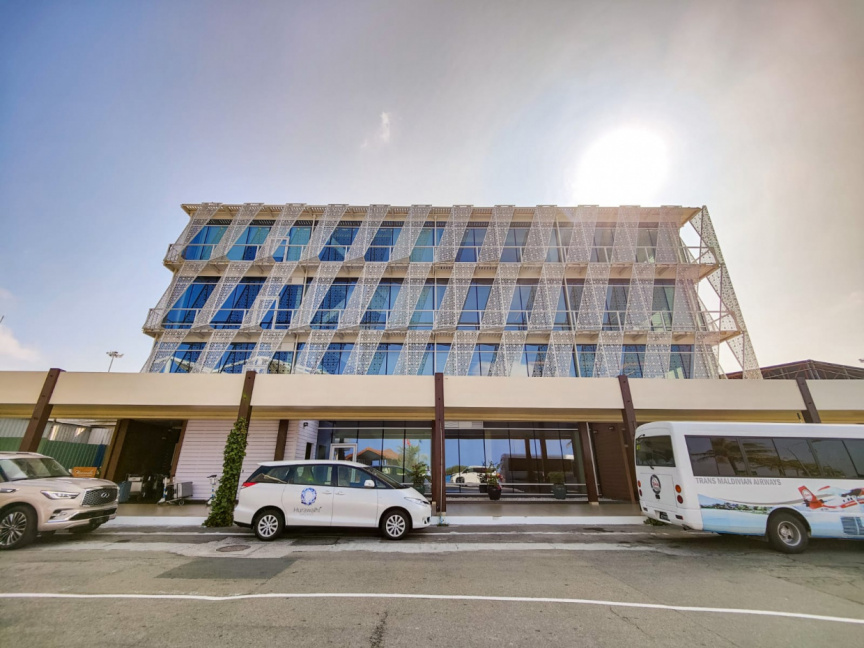 Operations of the Maamahi Executive Lounge at the newly developed phase 1 of the VIP Terminal Building began on January 7, 2022. (Photo/MACL)

Maldives Airports Company Ltd (MACL) on Friday announced the operation of the Maamahi Executive Lounge in the newly developed phase 1 of the VIP Terminal Building at Velana International Airport (VIA).

MACL stated that this new VIP terminal is designed to provide services to celebrities and  CIP's, with privacy in mind.

Additionally, MACL had stated on a previous occasion that in the new Maamai Lounge, VIP and CIP complexes will be separate. Moreover, those seeking even further privacy will have the option of separate rooms as well.

Today at 0600hrs we have started the Maamahi Executive Lounge operations at the newly developed phase 1 of the VIP Terminal Building @VelanaAirport pic.twitter.com/jd7SWmdZQe

The new Terminal Building is located adjacent to the one currently in use.

According to MACL, in phase 1 of the new 2,300 square feet terminal building, a four-story building has been constructed.

The terminal building was constructed by Beijing Urban Construction Group(BUCG), a company that has a history of working on many developmental projects of VIA.

Friday morning, President of UNGA and MInister of Foreign Affairs Abdulla Shahid became the first person to get services from the new lounge.

VIA’s lagoon, road to be partially closed on Dec. 22

Siyad Qasim appointed to MACL Board of Directors