President: I will develop Holhumeedhoo, issue land to Holhudhoo residents 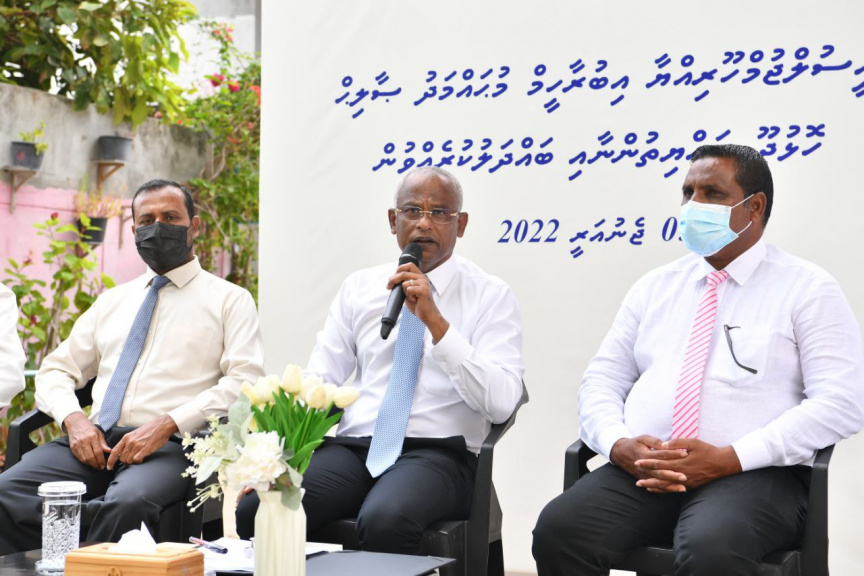 President Ibrahim Mohamed Solih has promised to solve the housing shortage facing the people of N. Holhudhoo by issuing land to them from Holhumeedhoo, an uninhabited island under the Holhudhoo Council’s jurisdiction.

The President made the promise in a meeting with community leaders and residents of Holhudhoo on Wednesday.

At the meeting, President Solih noted that Holhudhoo is facing a housing shortage, and that no land has been issued from the island in 20 years.

There are over 400 people in need of land in Holhudhoo even now, he said.

President Solih said the government planned on establishing basic services at Holhumeedhoo and populating the island.

He said the government is currently designing the land use plan for the project.

The 28-hector Holhumeedhoo is an uninhabited island which neighbors Holhudhoo. The Atoll Ministry had moved Holhumeedhoo to under Holhudhoo’s jurisdiction at the request of the people of the island back in 2002. However, there was no official documents to prove the transfer.

Finally, President Solih, under the powers vested in him under the Constitution, declared Holhumeedhoo a part of Holhudhoo’s jurisdiction in 2020.

Captain was swimming towards island, but disappeared