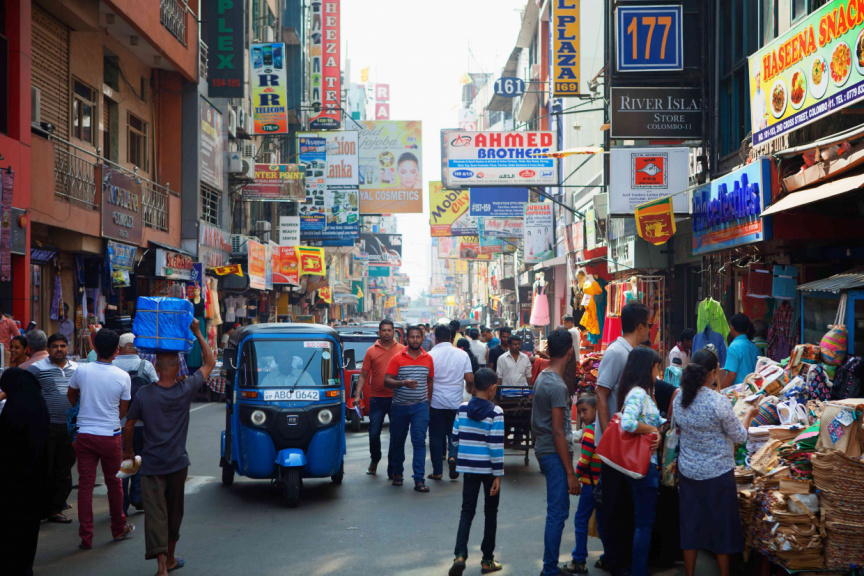 A road in Sri Lanka. (Photo/TripSavvy)

Inflation resulting in a hike of prices of goods and services beyond reachable heights in Sri Lanka – arising from the financial difficulties faced by the country at the moment – has triggered some Maldivian families living the country to relocate to home.

Constrains in foreign currency in Sri Lanka, where about 15,000 Maldivians reside, have resulted in a significant increase in the prices of food. Whilst a visa fee was not charged from individuals below the age of 18 previously in Sri Lanka, the country has now begun charging a fee of USD 200 per person requesting visa, no matter the age.

Sri Lanka is the foreign country at which the most number of Maldivians reside. A lot of locals reside in the country to seek the therapy services required by their children arising from different health conditions.

“Other families consist of a lot of people. Having to pay USD 200 per person is a lot. That is why a lot of Maldivian families have relocated to him,” a parent residing at Sri Lanka to seek therapy services for her child had told Sun.

At the beginning of the new year, the price of milk powder had increased by 12.5 percent in the country. Subsequent to the increase in prices of food – major marketplaces in Sri Lanka have begun implementing price control measures on general food products such as milk powder, sugar, flour and lentils – consumed by Sri Lankans daily.

Khadheeja Ali, who has been living in Sri Lanka for five years, told Sun that the biggest difficulty faced is in acquiring cooking gas. In this regard, she stressed that it is impossible to find cooking gas. She also added that the prices of food have significantly increased compared to before.

“Whether it's milk or oil, everything is expensive. Some shops refrain from selling after claiming there to be no stock as well,” she detailed.

She also said that whilst an Autorickshaw ride started at LKR 50 previously – it has now been increased to LKR 80.

“Prices of goods and services have increased compared to before. Therefore, we are in a dire situation,” she stressed.

Khadheeja also said that the increase in prices of goods and services in addition to the visa fee charge has triggered many Maldivians living in Sri Lanka to relocate to home.

When inquired about the concerns of Maldivians in Sri Lanka, the Ambassador of Maldives to Sri Lanka said that no local have requested assistance over any situation.

“All Maldivians are doing well,” he added.

USD 5.9 billion from the USD 7.5 billion in Sri Lanka’s state reserve has been drawn out within the past two years. The country’s central bank said that there is only USD 1.6 billion remaining in the reserve. Major constraints in terms of foreign currency have rendered the country unable to pay back loans.

China and India lent major loans to Sri Lanka, at a low-interest rate to be paid back in long term, for the purpose of remedying the losses incurred due to the halt of its tourism sector. China also offered the opportunity to delay the payback of the loan issued by them. Nevertheless, as Sri Lanka’s tourism sector has not recovered to pre-pandemic levels, the country is still unable to set a timeframe for when the foreign currency issue will be solved.

Foreign loans taken out by Sri Lanka amount up to USD 26 billion. Most of these loans were taken from China and India. The loans were drawn for the purpose of carrying out developmental projects following the end of its civil war, and to overcome the losses incurred during the war period.