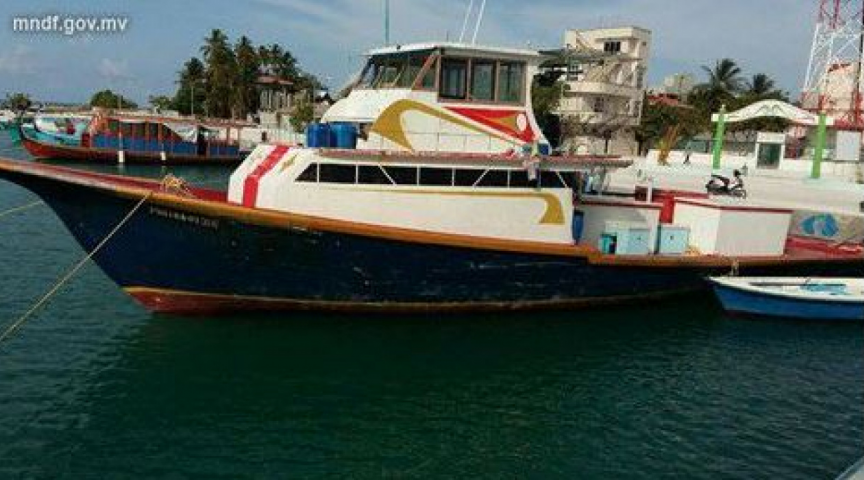 Picture of the missing fishing vessel "Alama-05" released by the authorities. (Photo/MNDF)

The three people reported missing are the boat captain, a Maldivian and two Bangladeshi crew members.

According to MNDF, they received reports of a vessel sinking four nautical miles from the southwest of V.Fuhsaru, about 23:22 pm.

When the coastguard attended to the reports, the vessel was nowhere to be found.

MNDF stated that the incident occurred when the boat was travelling to Male', after purchasing groupers from some other grouper fishing vessels near V.Fuhsaru.

MNDF and Coastguard are working to locate the vessel and missing people.