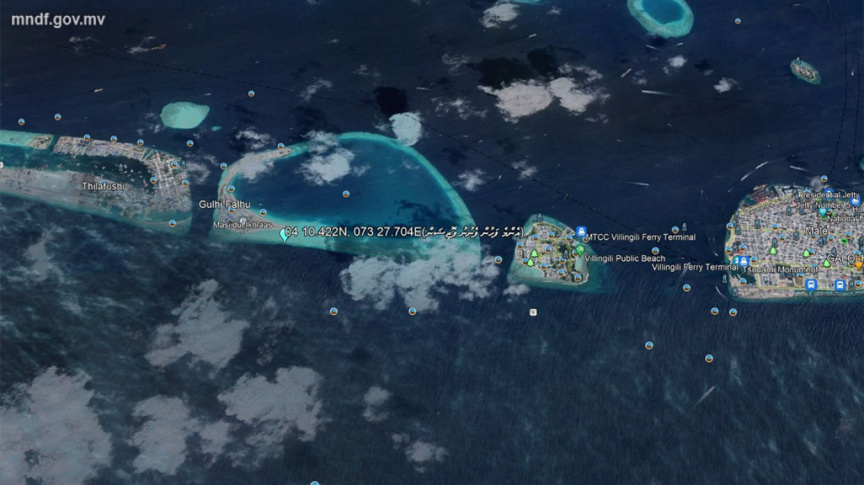 Map released by MNDF on December 31, marking the spot where the missing man was last seen. (Photo/MNDF)

Maldives National Defense Force (MNDF) has stated that the young man who went missing near Gulhifalhu amidst octopus hunting has still not been found.

MNDF said that a report was made regarding a 21-year-old Maldivian man that went missing amidst hunting for octopus near Gulhifalhu at around 08:58 this morning.

They also noted that Shuraih was wearing a gray t-shirt and black shorts when he went missing.