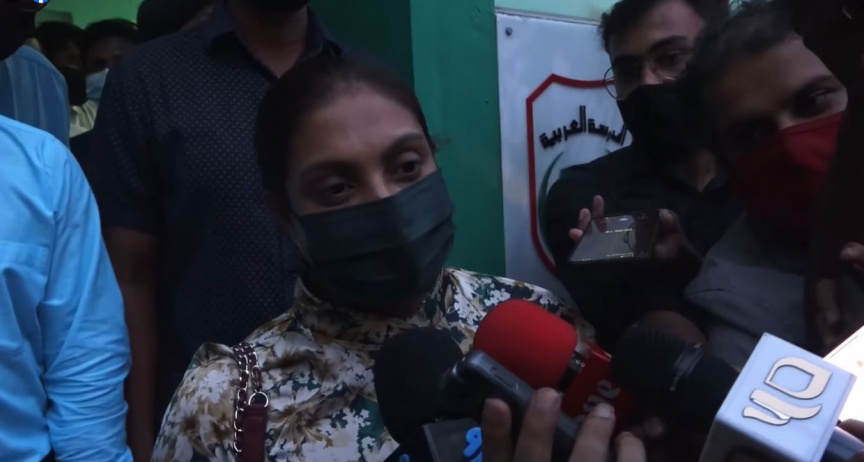 Speaking to press after a meeting with the school’s Parent Teacher Association (PTA) on Sunday, Dr. Aishath said the Education Ministry is working on constructing Arabiyya School buildings in Male’ and Hulhumale’.

“We plan to build a school in Hulhumale’. We plan on dedicating it to Arabiyya School. And we are seeking a land from Male’. God willing, it will be finalized this week,” she said.

Dr. Aishath said she refuses to accept the decision by parents not to send students to school next year until a solution is found.

“Refusing to send them to school is not a choice. We do not accept that,” she said.

Dr. Aishath said the Education Ministry has always kept a close eye on the situation at Arabiyya School, and that a visual analysis and a structural analysis of the current building is in progress.

She said that she found the ‘Save Arabiyya’ campaign by parents unacceptable.

“We are not trying to do anything to Arabiyya. Neither are we trying to erase it from Maldives,” she said, referring to allegations by parents.

Arabiyya School was built in 2011 and opened in 2013. While the building isn’t old, large cracks have formed in the walls, prompting questions over the structural integrity of the building and fear over safety of students.

Arabiyya School building will need to be demolished