VP Faisal Naseem returns to Maldives after trip to UAE 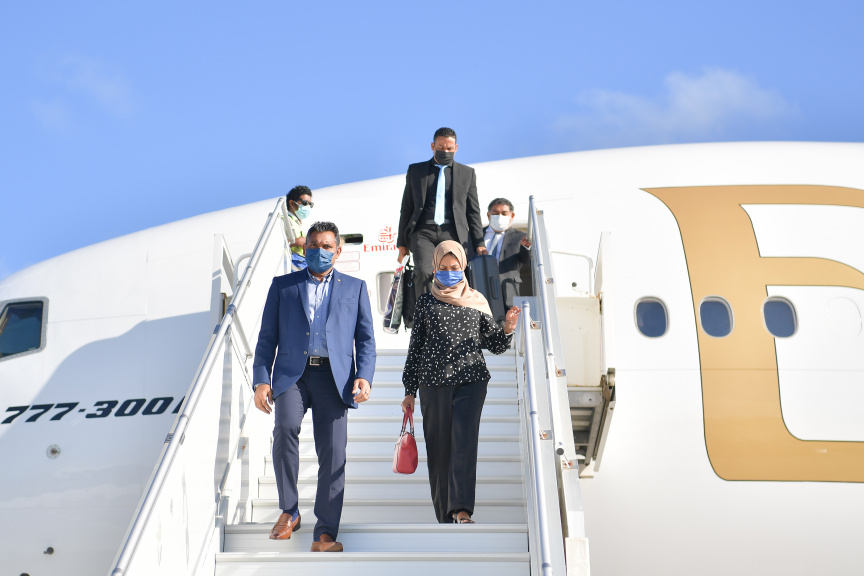 Vice President Faisal Naseem (L) returns to Maldives after concluding his visit to the UAE on December 7, 2021. (Photo/President's Office)

Vice President Faisal Naseem has returned to Maldives after concluding his official trip to the United Arab Emirates.

Faisal traveled to the UAE to attend the Indian Ocean Conference 2021.

He was accompanied on the trip by a high-level delegation from the President’s Office and the Foreign Affairs Ministry.

Faisal attended the IOC as the guest of honor and delivered an address at its inaugural session.

He was called on by former Sri Lankan Prime Minister Ranil Wickremesinghe, and also met with Ram Madhav, a member of the governing council of the India Foundation, and Professor Rohan Gunaratna, the Director-General of the Institute of National Security Studies (INSS) of Sri Lanka on the sidelines of conference.

He also visited the Maldivian Embassy in Abu Dhabi.