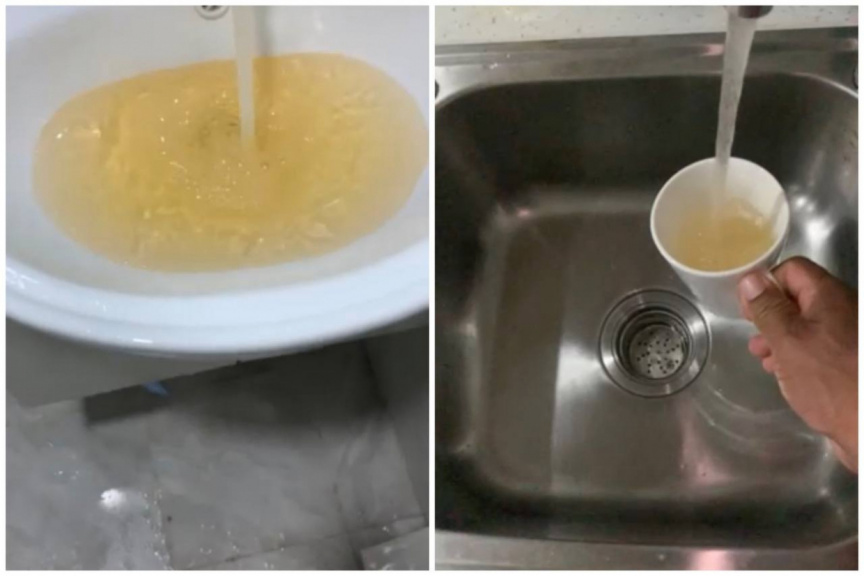 Some of the tenants of the Hiyaa Housing Project in Hulhumale’ are complaining of rust in the water coming out of taps in their units.

Tenants who spoke to Sun said they noticed the issue on Monday evening. They said the issue prevailed until around 08:00 pm on Monday.

A tenant who has a unit in the H14 Tower told Sun there was rust in the tap water in both the kitchen and the bathroom.

Several tenants shared concern over the issue on the Hiyaa Union’s Viber group.

“We believe the water needs to be tested. Some people use tap water to cook. It’s important to ensure the water is safe,” said a tenant.

Hiyaa Union, in a tweet on Monday, called on the people to check the quality of the water at the units, and ascertain the safety of the people.

“Let's not be more neglectful of the people in Hiyaa units,” said the Hiyaa Union in the tweet.

Male’ Water and Sewerage Company (MWSC) - which supplies water to the units – said the issue was reported to the company on Monday evening, and that the company was attending to the issue.

Though MWSC supplies waters to the units, the pipes and water meters were installed by the contractor of the project.

Hiyaa flats’ rent can be paid via MyHulhumale' Portal

'Regulation on int. airlines will be complete soon'