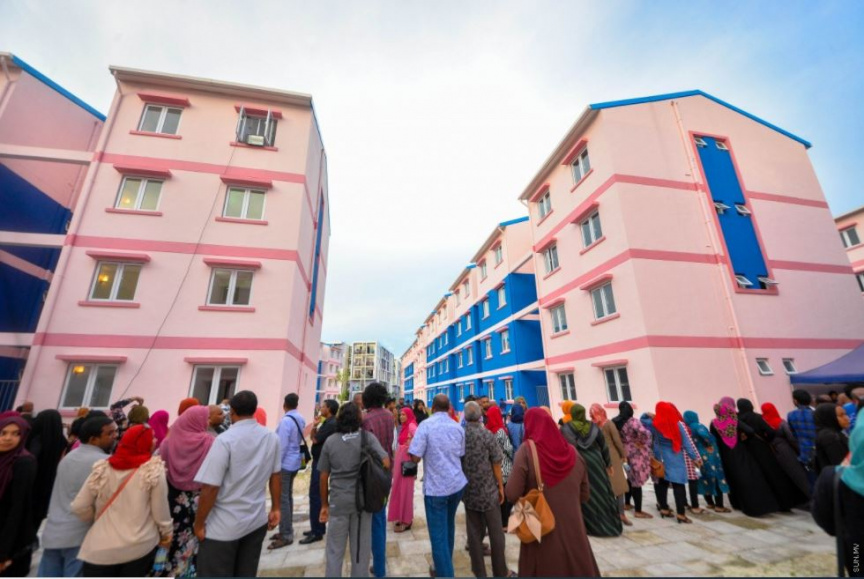 Ministry of National Planning, Housing and Infrastructure has stated that constructing 10-story buildings in Hulhumale’ is something that could lead to a lot of problems

Speaking to Sun regarding constructing high story buildings in Hulhumale’, State Minister for Planning Akram Kamaluddin said that Hulhumale’ is being developed under a certain plan, and going against that plan will worsen the situation at Hulhumale’.

Akram said that an increase in population means having to also increase the quantity of services available. He added that utilizing land plots for the establishments of additional schools and hospitals would then be made compulsory.

“Many social problems would be born as well. Will end up being in a worse situation than Male’. Plan has a certain limit. That is three or four stories. Whilst this was set, the previous administration had not followed this without reasoning. Actually, constructing 25-story buildings is also wrong. Social housing units have been developed to a certain limit now. Increasing houses of 10-stories now, will worsen the situation,” he had said.

Planning Minister Mohamed Aslam had also objected gazetting the amendment to Hulhumale’ Planning and Development Regulation passed by the Parliament, to allow the construction of 10-story buildings.

Subsequently, he was summoned to Parliament’s Regulations Committee on December 1, to be questioned regarding the matter. He answered that he objected to gazette the amendment as giving the green light to construct 10-story buildings could lead to a lot of problems.