Second temporary mosque to be established at Hulhumale’ Phase 2 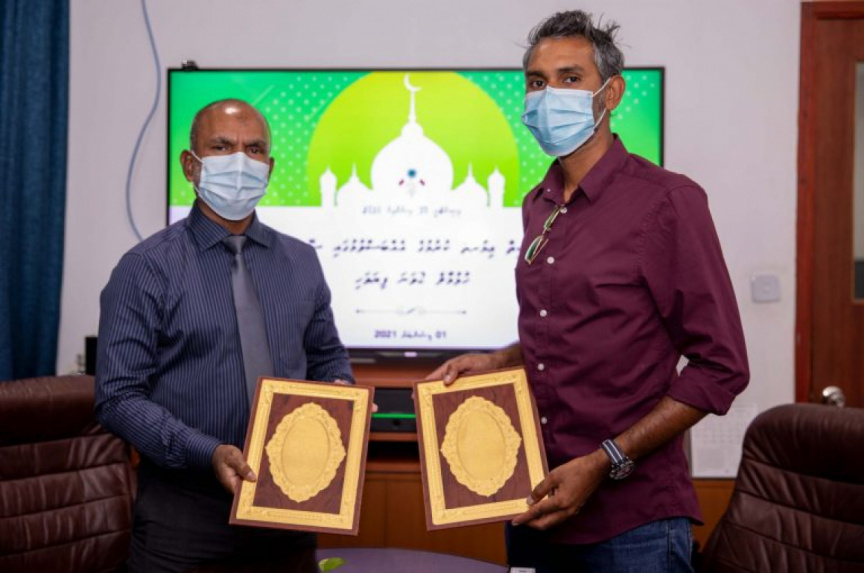 A capture from the agreement signing ceremony held for the construction of a second temporary mosque in Hulhumale' Phase 2 on December 2, 2021. (Photo/Islamic Ministry)

An agreement pertaining to the construction of a second temporary mosque in Hulhumale’ Phase 2, was signed on Thursday.

Bid applications pertaining to the mosque was opened on October 26.

The mosque will be constructed by a private company, Yes Maldives Private Limited. They must complete the project within 35-days.

On September 15, the project pertaining to the first temporary mosque at Hulhumale’ Phase 2, was also contracted to Yes Maldives Private Limited.

Islamic Ministry said that the project is valued and MVR 4.3 million, and must be completed within 80 days. This mosque will have the capacity of 450 worshippers at a time.

However, with a large number of people locating to Phase 2 prior to this establishment of this mosque, two temporary mosques are being built for the time being.

The only permanent mosque at Hulhumale’ Phase 2, Masjid Ameel Jaleel, named in the memory of Late Ahmed Ameel Jaleel who passed away in 1994 – the mosque was built by his children.

It was inaugurated on October 29.

Islamic Ministry said that the mosque which measures up to 16,400 square foot will capacitate up to 480 worshippers.