Current govt. accused of taking credit for projects initiated by the previous govt. at Parliament 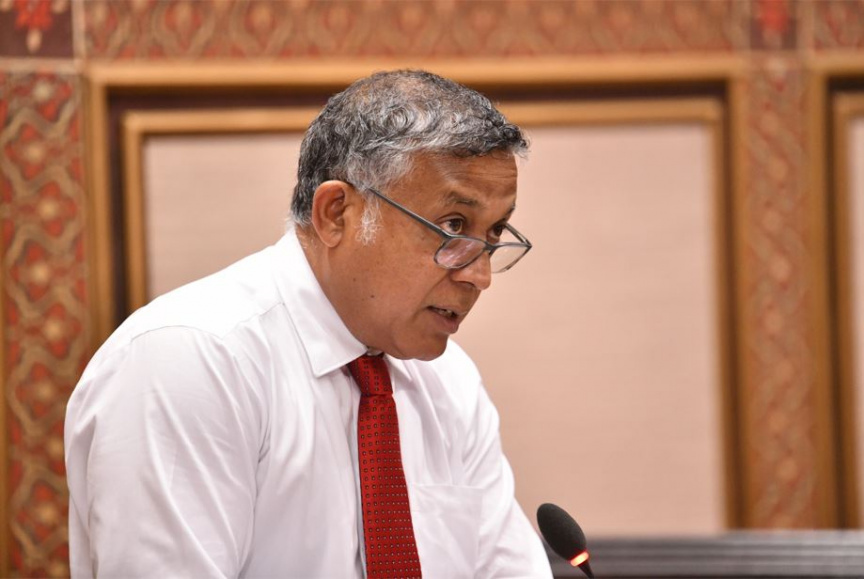 Minister of Planning, Housing and Infrastructure Mohamed Aslam has expressed anger over a statement made by Naifaru MP Ahmed Shiyam, accusing this government of taking credit for projects initiated by the previous government.

Minister Aslam was summoned to the Parliament today, for a ministerial questioning session.

In his turn to ask a question to the Minister, Inguraidhoo MP Hassan Ahmed (Hassantey) had asked what has been done for Naifaru by the government within the past five years.

On this note, he said that he believed that it was this government that had decided to develop housing units at Naifaru.

“I do not believe Naifaru was neglected. We made the decision to develop 100 housing units and Naifaru, and we completed this project,” he had said.

In this regard, he said that at the conclusion of the former administration, the state budget for the year 2018 had allocations of MVR 54 million for the development of housing units in Naifaru.

“A project which was announced and allotted in the state budget. It is very repulsive, when credit for a work we have done is stolen,” he added.

Responding to MP Shiyam’s statement – Minister Aslam said that this was how events folded in every administration. However, he added that the opposition was discriminatory regarding the matter.

Minister Aslam also said that for most of part of the previous administration, they had not initiated and finished any housing projects – adding that projects that were finished in the administration were ones that had commenced in 2008.

“The projects initiated by MDP’s governments were finished within the past five years. You, started, yes true. We finished the work. We did not say it’s our work after finishing it. It is a continuity of the state,” he had said.

Speaking further, Minister Aslam said that such matters are important for the continuity of the state. He also added that when governments transition, there is the discretion to stop some works. In this regard, he highlighted the GMR case.

“The government changed because the people there previously were disliked, with other things added up. When it changed, it was you all that stopped GMR. GMR was stopped wrongly. Very wrongly. That is not the kind of thing one does. Continuity of the state, that concept must be understood,” angered, he had said.

Minister Aslam’s remarks regarding the GMR case were supported by Parliament Speaker, former President Mohamed Nasheed who was presiding over the session. It was during Nasheed’s administration that Velana International Airport was handed over to GMR.