Women’s leg amputated after being injured in a pickup collision 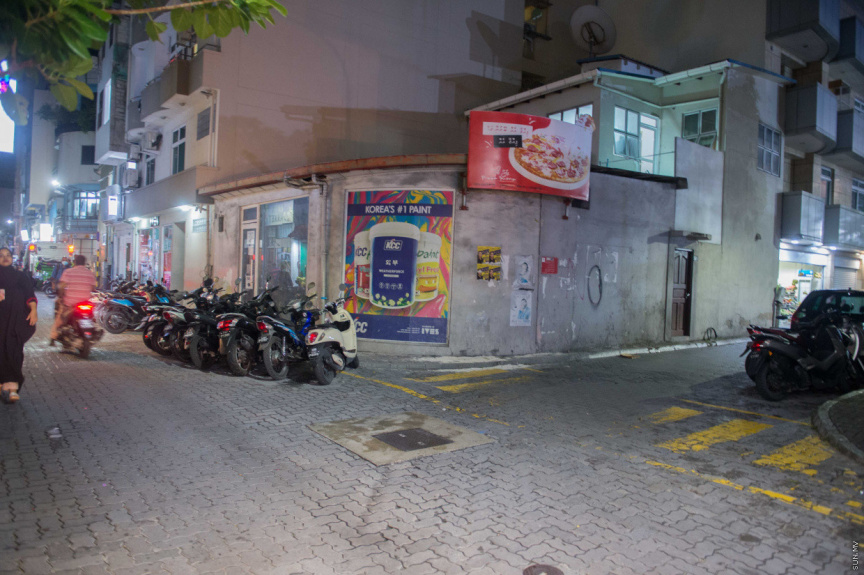 The location at which a dangerous accident took place in Male' City on November 17, 2021. (Sun Photo/Ahmed Aiman Ali)

A woman who was injured in a dangerous accident last night in Male’ City, has had to have her leg amputated.

Sun has been informed that the injured woman’s left leg was amputated after it had been crushed in the accident.

Maldives Police Service said that informed of an accident at Nikagas Magu, near old Jamaluddin School, in which a driver of a pickup had lost control of the vehicle and collided with a pedestrian, a 47-year-old woman, at around 21:03 last night.

CCTV footage received to Sun shows the pickup colliding with the woman who was crossing the road at the time after the driver had lost control of the vehicle. The pickup collided with the woman and then proceeded to crash into a wall in front along with her. The video shows that a pole that was in the vicinity had been bent following the collision.

Witnesses report that should the pole had not been there; it was unlikely the woman would have survived the accident. The pole has been now removed from the location.

Following the collision, the driver had gotten off the vehicle to help the injured woman. With assistance from people who were at the scene during the accident, the woman was lifted onto the pickup and rendered assistance until the ambulance had arrived.

Police said that the woman is currently being treated at ADK. In addition to this, they noted that the driver of the pickup was a 59-year-old Maldivian man who did have his driver’s license.

'Maldives amongst the fastest recovering post-pandemic'