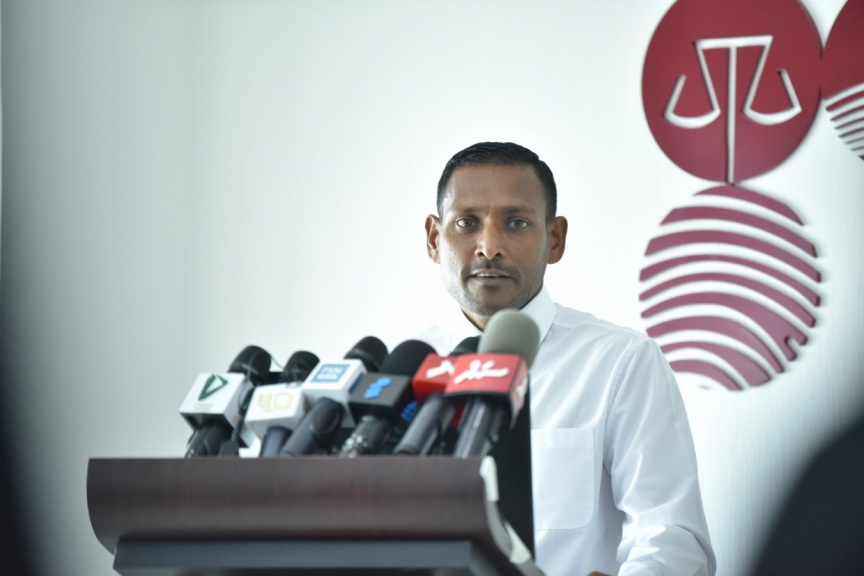 He made the comment in a press conference on Sunday afternoon.

In response to a question by Sun regarding the allegation the release of two suspects the police believe to be ringleaders involved in smuggling 100 kilograms of heroin seized last October was influenced by several politicians, Shameem said that no decision made by the Prosecutor General’s Office is influenced by an outside party.

“There’s no influence on this office, whether it is in the 100 kilo case, or any other case, or to hold anyone in custody or release anyone, whether from the government or from any other party,” he said.

Shameem said that the Prosecutor General’s Office makes its decision based on evidence submitted to the office, and that mere knowledge of the person’s guilt isn’t enough to press charges.

“We have policies in place. If a suspect is released from custody, the police ask us to appeal. Once we receive the request, we will file an appeal if it is appealable, otherwise we will not,” he said.

Shameem said the Prosecutor General’s Office decides against appealing decisions when they have nothing new to present to the court.

The Prosecutor General’s Office decided against appealing the release of the ringleaders linked with the 100-kilogram drug bustwith the High Court, stating that they don’t have the opportunity to submit new evidence in the appeal process, and do not believe appealing the decision based the evidence already submitted will produce a different outcome.

The police have not disclosed the identities of the two suspects in question. Only five of the 10 suspects arrested in the case are currently in custody.