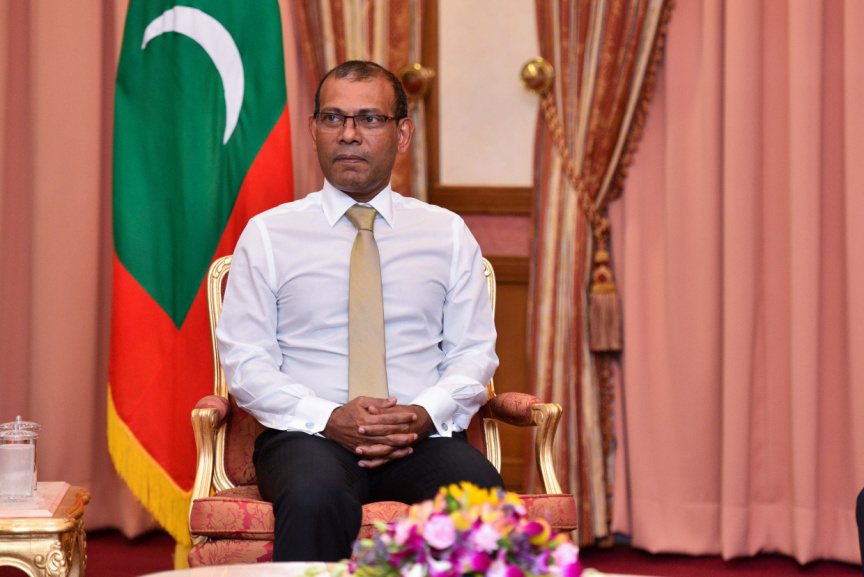 Parliament Speaker, former President Mohamed Nasheed’s stay at Hotel Jen – where he has been staying since his return to Maldives after months abroad to treat injuries he sustained in an assassination attempt - has cost the state nearly MVR 700,000 so far.

Finance Ministry said on Wednesday that the state has spent MVR 698,168 for the 21 days he has spent at the Male’ City hotel.

The ministry also said that MVR 1.6 million was spent for Nasheed’s treatment in Germany and the United Kingdom.

Therefore, the cost of his medical treatment overseas and his stay at Hotel Jen now amounts to MVR 2.4 million.

The assassination attempt on Nasheed had taken place outside his residence in Male’.

A homemade remote-controlled IED was strapped to motorcycle parked nearby Nasheed’s residence, and was detonated at 08:27 pm on May 6, just as Nasheed exited his residence and went to get in his car. Nasheed was thrown to the ground and sustained multiple shrapnel wounds, while three members of his security detail and two bystanders sustained minor wounds.

Nasheed was airlifted to a military hospital in Germany on May 13, and travelled to the United Kingdom on July 21.

He returned to Maldives on October 11.

Nasheed is staying at Hotel Jen until the renovation of his official residence is complete. Nasheed has stated that he was forced to stay at the hotel out of security concerns, and would much rather stay at his own home.