Home Minister: Important to have police stationed in islands to reduce crime 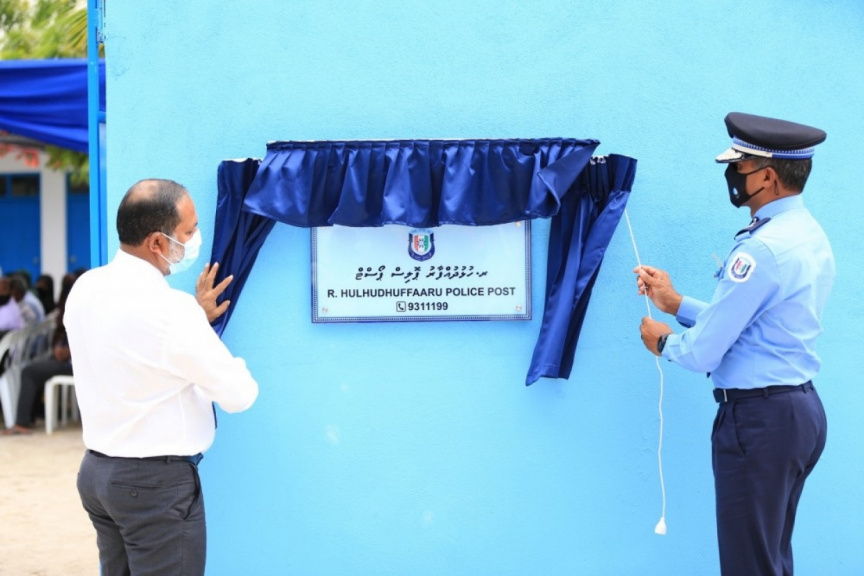 Home Minister Imran Abdulla states it is important to have police stationed in islands in order reduce crime in local communities.

He made the remark at the inauguration of a police post in R. Hulhudhuffaaru.

The Hulhudhuffaaru Police Post was inaugurated by Imran and Commissioner of Police Mohamed Hameed in a ceremony in the island on Saturday.

In his speech, Imran said that the changes being experienced across the world are also affecting Maldives. He said that the greatest issue facing local communities at present is drugs and related crimes that come with it.

He said that neighborhood policing, especially, is based on the philosophy of discussing daily issues with the people, and working in close collaboration with relevant institutions and forming dedicated teams and groups to address the issues.

CP Hameed described the Hulhudhuffaaru Police Post as another step in the effort to fulfil the objectives of the new Police Service Act.

'Ability to meet Yameen is disinclination for revenge'

Will be difficult to rule without maintaining coalition