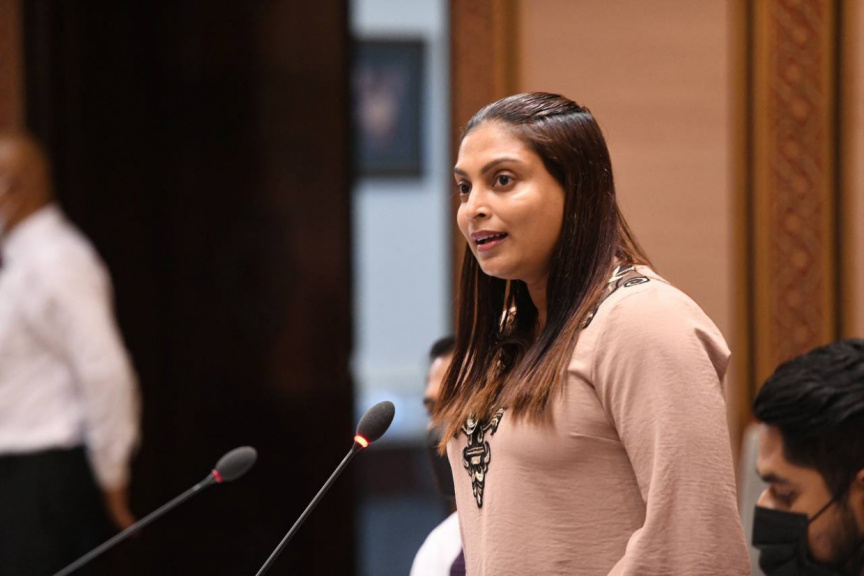 Education Minister Dr. Aishath Ali has stated that 40 cases of sexual violence have been reported from schools during this administration – regarding which 30 individuals have been terminated.

Answering to a question posed by Hinnavaru MP Jeehan Mohamed during a ministerial questioning session held at the Parliament today – Minister Aishath Ali said that sexual violence cases a probed by the Ministry as extremely serious matters.

“We have implemented many measures at schools to ensure that it is a safe environment for students. We are obliged to do this by different laws as well,” she added.

On this note, Minister Aishath Ali said that a dedicated officer is placed at each school to probe and report sexual violence cases – adding that all relevant authorities will be immediately informed if such a case comes to light. She explained that this will lead to urgent action being taken against those needed over such cases.

Minister Aishath Ali also noted that an administrative investigation is conducted by the Ministry when sexual violence cases are reported – after which action will be taken against those needed; including terminating them from their jobs.

“In our term – 40 such cases have been reported. We have fired 30 individuals over these cases. Remaining cases are pending. If we get even little evidence – they will be immediately terminated too,” she had detailed.

Minister Aishath Ali said that while investigations of sexual violence are underway – suspected assailants will be suspended from their duties.

“Approximately seven cases are currently ongoing. They are all in suspension,” she had said.

Speaking further, Minister Aishath Ali assured parents that efforts were underway to ensure that sexual violence do not occur at schools and that it is safe environment for students.

On this note, she detailed that school teachers must now register and have license to teach – whereas efforts were underway by the Education Ministry to introduce licenses for other parties that will intercept with students in the school environment.

Authorities confirmed the investigation into the sexual assault of a four-year-old preschooler at Galolhu School on October 16.

Police announced the arrest of a 63-year-old woman in connection to the case last night.

Education Ministry said that they have been investigating the assault as a serious matter upon it being brought to school’s attention. Statements have been taken from a number of individuals over the case – including senior officials from Galolhu School.

'All schools will get trained principals next year'

'Difficult to find capable principals due to low wage'