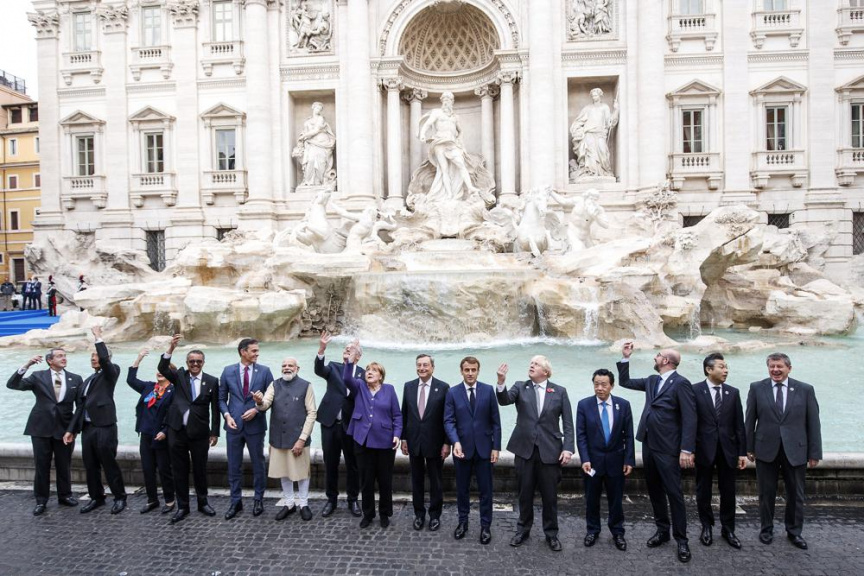 Leaders of the G20 throw coins inside the Trevi Fountain during an event for the G20 summit in Rome, Sunday, Oct. 31, 2021. (Roberto Monaldo/LaPresse via AP)

ROME — French President Emmanuel Macron said Australian Prime Minister Scott Morrison lied to him while he was secretly negotiating a submarine deal with the United States and Britain.

Answering a reporter’s question about whether he thinks Morrison lied to him, Macron replied, “I don’t think, I know” he lied.

Australia last month canceled a multi-billion dollar contract to buy diesel-electric French submarines and instead decided to acquire U.S. nuclear-powered submarines. The decision was part of an Indo-Pacific pact between Australia, Britain and the U.S.

The pact, known as AUKUS, infuriated France, which recalled its ambassadors to the U.S and Australia over the lost deal.

Macron and Morrison talked on Thursday for the first time since Australia canceled the French submarine contract. They were both in Rome for the Group of 20 nations summit but did not hold a bilateral meeting.

3 women slain in a day by partners in France