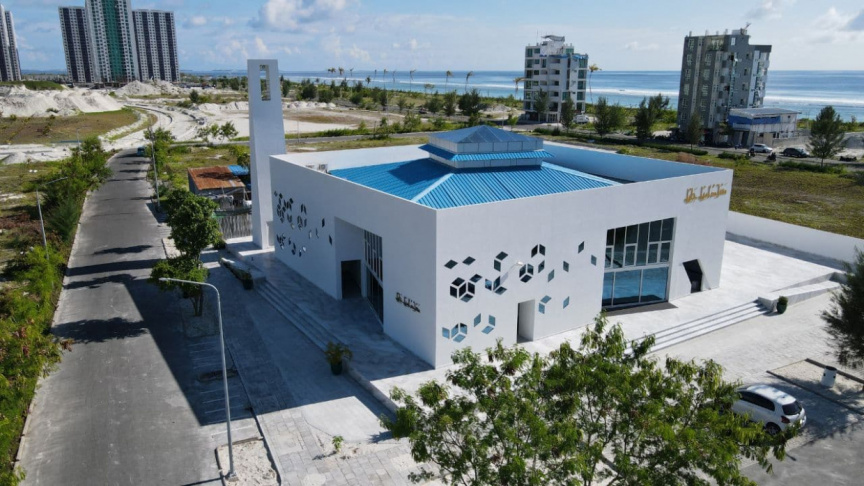 The first permanent mosque at Hulhumale’ Phase II has been inaugurated.

Named ‘Masjid Ameel Jaleel’ in the memory of Late Ahmed Ameel Jaleel who passed away in 1994 – the mosque was built by his children.

It was inaugurated today, by Home Minister Imran Abdulla. Following the inauguration – the Friday Prayer was held in congregation at the mosque.

Zaan Construction Company undertook the construction and the finishing of the mosque – whereas it was designed by the Inside Plus.

Islamic Ministry said that the mosque which measures up to 16,400 square foot will capacitate up to 480 worshippers.

The mosque also has an area allotted for women to wudu and pray.

Consisting of two-floors – the mosque also has three multi-functional areas including a library and a class area. There are also mutiple entrances which worshippers can use to enter and leave the mosque.