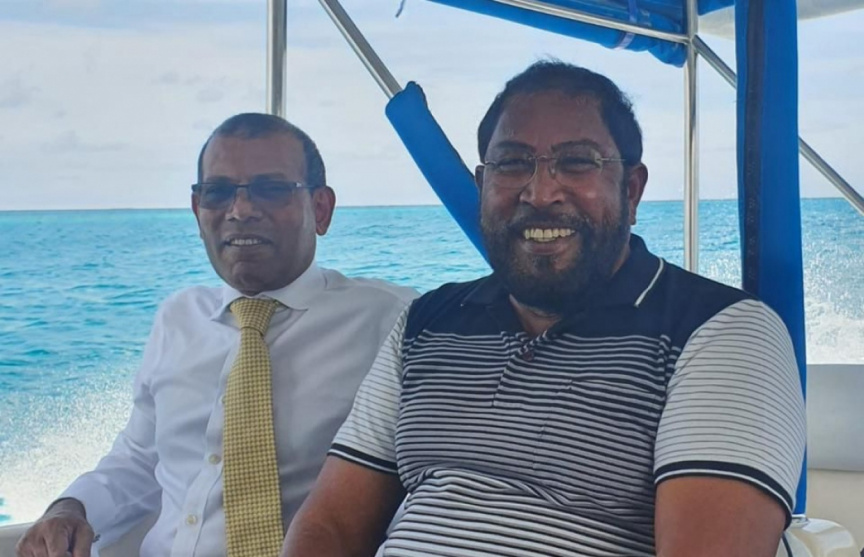 Parliament Speaker, former President Mohamed Nasheed states that it will be of most benefit to the people if all political parties worked together to revise the constitution.

Opening the parliamentary sitting on Wednesday, Nasheed said he has met with representatives from a lot of political parties over the last two days to discuss constitutional revisions submitted to the Parliament.

“There’s a constitutional revision being submitted to the Parliament. There’s one already in the Parliament. And there’s a submission to revise JSC’s composition,” he said.

Noting that the 19th parliamentary assembly had revised the constitution to increase the term of councils to 5 years ahead of the local council elections, Nasheed said a lot of people were discussing different revisions to the constitution.

“I engaged in discussions with all these political parties because I believe that making efforts to revise the constitution something that all parties work on together will produce the most beneficial outcome for the people,” he said.

Noting that it has been some 14 years since the current constitution was passed, Nasheed said that it is becoming clear to all the difficulties and deficiencies, and the things that need reform, as time goes by.

“It’s my hope that all political parties, political movements, non-profits, and even individual citizens, work together in the Maldivian political arena, and for the political truth of Maldives to be arranged in a manner that is of most benefit to the people,” he said.

Nasheed had met with President Ibrahim Mohamed Solih for discussions on Sunday, and had travelled to ADh. Maamigili to meet JP’s leader Qasim Ibrahim for discussions the next day.