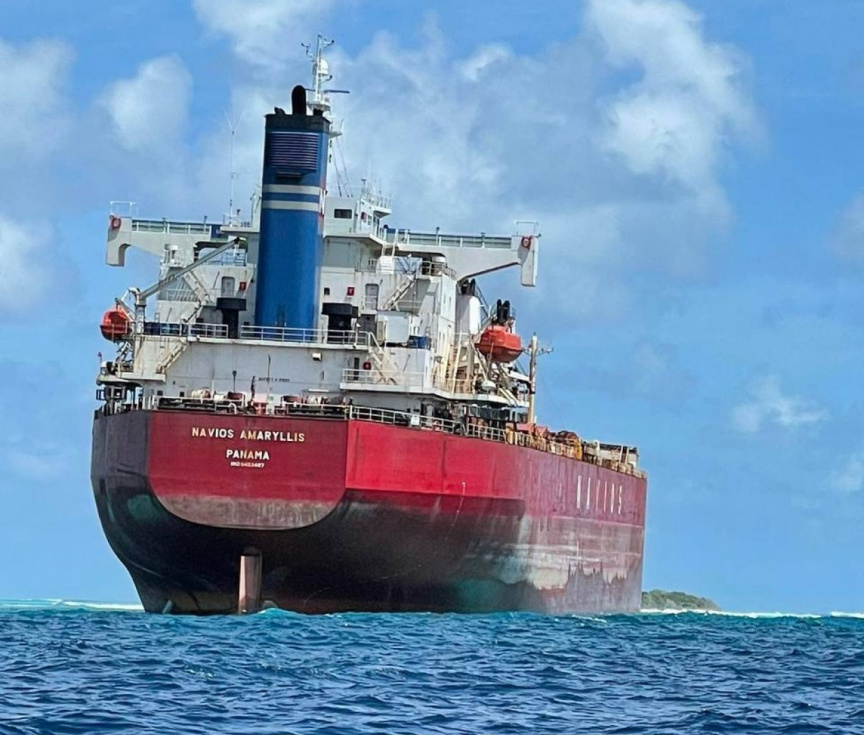 Environmental Protection Agency of Maldives (EPA) has fined the owner of Panama-flagged bulk carrier MV Navios Amaryllis which wrecked on the reef off K. Rasfari back in August with MVR 100 million and is seeking MVR 800 million more as compensation for damage to the reef.

EPA announced in a statement on Wednesday that the agency instructed the ship’s local agent – Antrac Holding Pvt. Ltd. - to pay the fine within 30 days on Monday, October 25.

A joint-survey by EPA and Maldives National Defense Force (MNDF) after the ship was refloated shows the incident damaged an 8,867-squaremeter area of the reef.

EPA said the damage is valued at MVR 893 million.

The law, however, caps fines for environmental damage at MVR 100 million.

EPA said it therefore decided to settle on an MVR 100 million fine, and is working with the Attorney General’s Office to seek MVR 800 million as compensation through the court.

The 190-meter-long MV Navious Amaryllis wrecked on the reef to the west of Rasfari on August 19, as it passed through Maldives on its way from India’s Tuticorin Port to South Africa.

The reef around Rasfari was designated an environmentally protected area on September 27, 1995.

Ship that went aground at Rasfari pays USD 10M fine

EPA probes dumping of waste into the sea by a resort