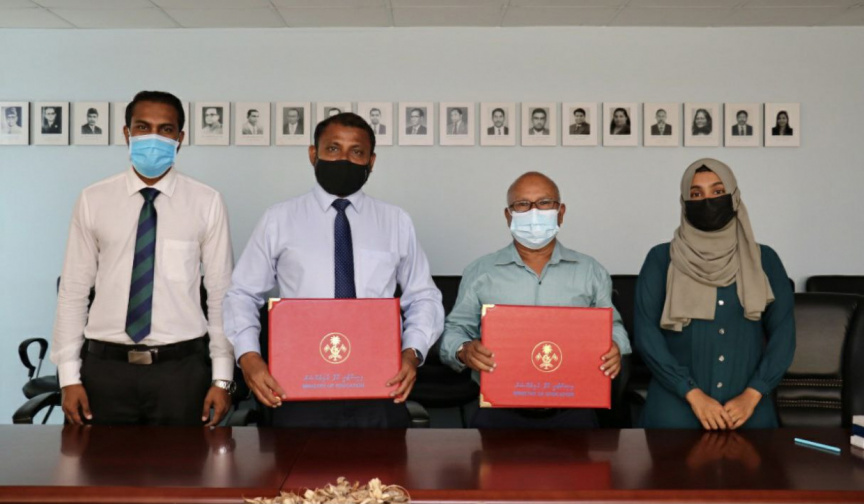 Education Ministry has contracted a private company to complete the unfinished work on the multipurpose hall at Noonu Atoll School for MVR 7 million.

The company contracted by the Ministry for the project is Afami Maldives Private Limited.

Education Ministry said that the company must complete the project within 300 days – adding that they hoped to see the completion of the multipurpose hall by next year’s April.

Valued at MVR 22.04 million – Maris Construction was tasked to finish physical work on the project within seven months.

The scope of work under the project included a two-floor multipurpose hall which should consist of the electrical room, a control room, a changing room and four restrooms for students, one accessible restroom, three storerooms and two ramps.