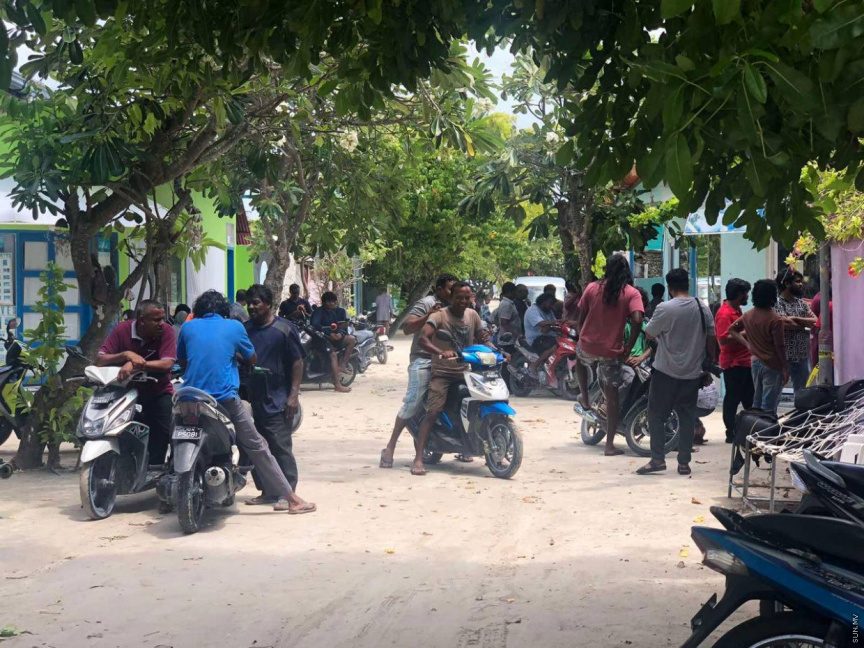 People gathered at a street in ADh. Dhangethi.

Items valued at USD 9000 have been stolen from a home in ADh. Dhangethi – an island which was the location of a brutal murder last Thursday

Police said that they were reported of a theft at a house in Dhangethi on October 19.

They detailed that the stolen items were reef fishing tools – that is valued at approximately USD 9,000.

Noting that no arrest had been made over the theft yet – Police said that they were investigating the matter further.

Mahmood Aboobakuru, 57, was found murdered and thrown into a water well in an abandoned house in Dhangethi on Thursday afternoon, hours after he was reported missing.

A week prior to the murder – his brother, Anwar Solih’s shop was robbed. The robbery had taken place after a hole was made on the shop’s door – subsequent to which robbers had opened the lock from the inside.

Dhangethi residents suspect the robbers to be two residents who had migrated to the island from AA. Thoddoo – who they also suspect to be Mahmood’s murderers. Both individuals in question are currently in police custody over a drug trafficking case.