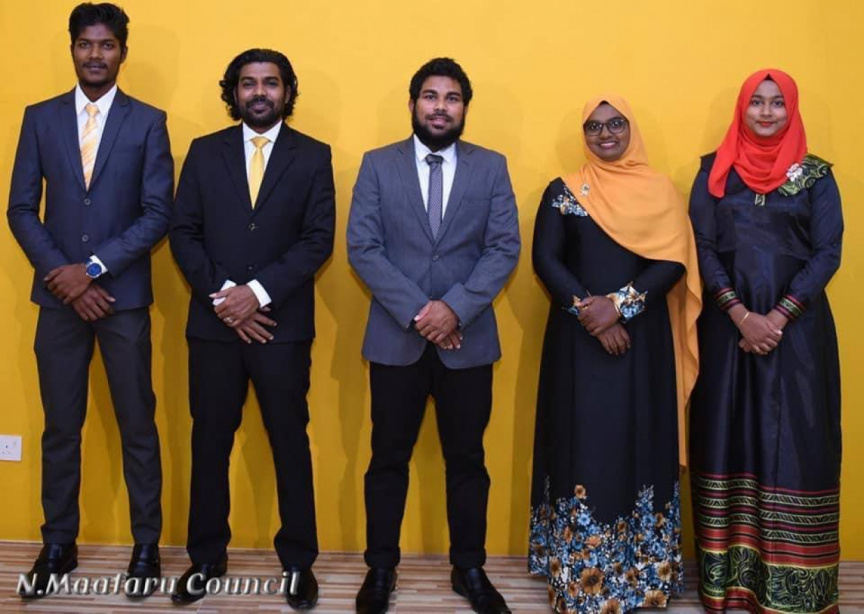 Power supply has been cut off for N. Maafaru Council’s office building as well as to some other places that are under their oversight today – due to unpaid bills.

The unpaid bill at the end of the last Council’s term –  added up approximately MVR 1.2 million.

The newly elected Council had started paying off the pending bills, yet around MVR 1 million still remains unpaid.

Maafaru Council President Mohamed Adnaan told Sun that power supply had been cut off to places which they have been paying the bills for. In this regard he detailed that power supply was cut off around 3:00pm this afternoon – for Council’s office building, Maafaru pre-school and futsal stadium.

“Since we were elected – the places we have not been able to pay for is the harbor, the roads and the mosques. We did request for additional time. We are working on paying the bills for all those places at the earliest we could,” he added.

Adnaan further stressed that the majority of the unpaid bills were ones that were incurred during the last Council’s term – adding that bills that have been unpaid after being newly elected would be very less.

In addition to this – he also noted that the Council have been repeatedly requesting for financial assistance from Finance Ministry and Local Government Authority in order to pay off the pending bills.

“Such issues can be solved with adequate time. We can only pay off large amounts of money when we receive adequate time to secure the money. As I see it, cutting of the power is not a solution,” he also said.

Adnaan also noted that discussions were underway with Fenaka and Finance Ministry to solve the issue – but stressed that they needed more time for this as well.

The work of the Council has come to a halt with the power being cut off at its office. Maafaru Council said that their services will resume once the power is back and the financial issue is sorted out. In case of an emergency, the Council has instructed to call President Mohamed Adnaan.