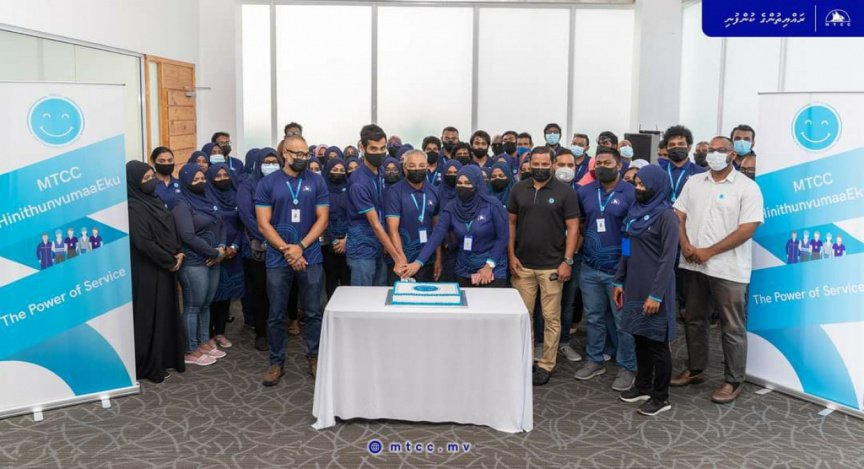 The campaign was launched as part of events to mark the ‘World Customer Service Week’ – which was celebrated from October 4 to October 8.

MTCC said that the main aim of the campaign is to raise awareness amongst the company’s staff regarding the importance of customer service – and to further improve the overall experience of customers seeking services from the company.

MTCC also noted that they hoped the campaign will further solidify the relations formed between the company and its customers – as well as increase the trust placed in the company by the customers.

The campaign was launched during a special ceremony by the MTCC’s Chief Operating Officer Shahid Hussain Moosa.

Speaking at the launching ceremony, Shahid noted that MTCC is a company that directly provides services to customers in multiple sectors – therefore, stressed that every employee of the company should prioritize providing a service that is the most desired by its customers.

He further added the support and cooperation of all employees are extremely important to ensure the successful implementation of this campaign.

In this regard, he noted that he fully trusted the employees to show their support and cooperation for the campaign.

As part of ‘Hinithunvumaa Eku’ campaign – MTCC will be conducting special activities targeting customers which began yesterday, and will continue until October 28.