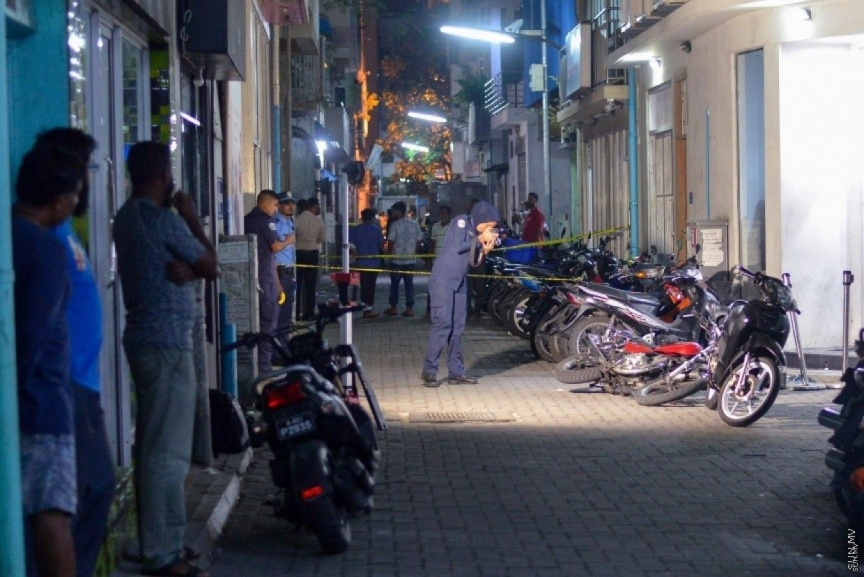 Police officers at the scene of a crime in Male' City. (File Photo/Sun/Mohamed Afrah)

One person has been injured in a violent altercation in Male’ City.

A police spokesperson told Sun the incident, which took place in the road Karanka Magu, was reported to the authorities at 07:27 pm.

One person sustained injuries in the incident and is being treated at the Indhira Gandhi Memorial Hospital (IGMH), said the spokesperson.

The extent of the injuries is unclear at this point.

Police are operating at the scene of the crime.

Police probes assault of a person at Jabir's guesthouse