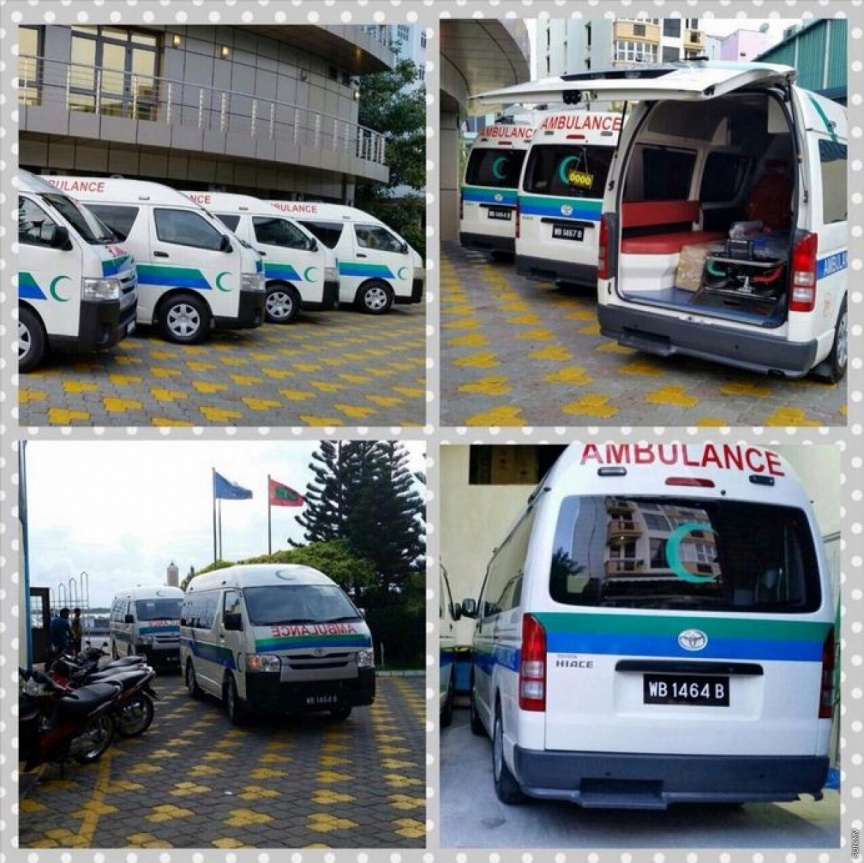 The government has stated that they will bring 60 ambulances to Maldives before the end of the year.

President’s Office’s Spokesperson Mabrook Azeez said that 20 ambulances needed for atolls have been brought to the Maldives as of present.

He also added that the government was working on procuring additional 20 ambulances within a months’ time – after which they will also procure another 20 ambulances.

Earlier this year, the government had signed an agreement with State Trading Organization Plc. (STO) for the procurement of 96 ambulances.

Health Minister Naseem said that the 96 ambulances procured under this agreement will be funded from the state's budget.

He also noted that the expansion of ambulance services across the atolls will enhance emergency care provided to patients at times of crisis or accidents.